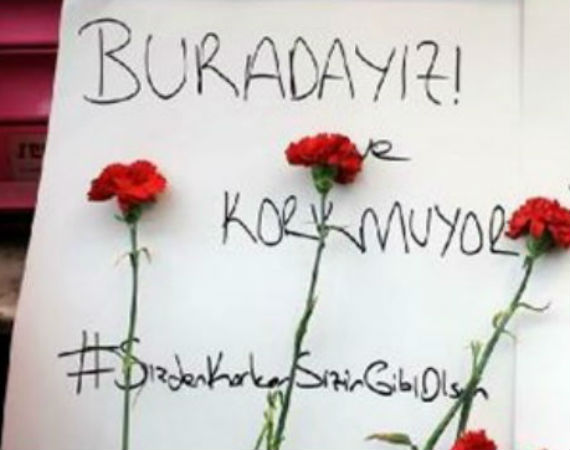 Many people in İstanbul visited the site of a deadly explosion on Sunday that rocked the city’s central Taksim neighborhood  on Saturday to give the message that they are not afraid of terrorists.

The visitors left red carnations and lit candles at the blast site and left messages saying: “We are here and not afraid, “We will not bow to terrorism,” “We are in Taksim, we are in the street and not afraid of you.”

Many shopkeepers in the busy İstiklal Street where Saturday’s explosion, a suicide bombing, took place hung Turkish flags in their windows while tarp was raised in front of damaged stores.

The attack, which was carried out by an Islamic State of Iraq and the Levant (ISIL) militant according to preliminary findings, claimed the lives of five people along with the suicide bomber.

Three of the victims were Israelis while the fourth one was an Iranian national. A total of 36 people were also injured in the attack.