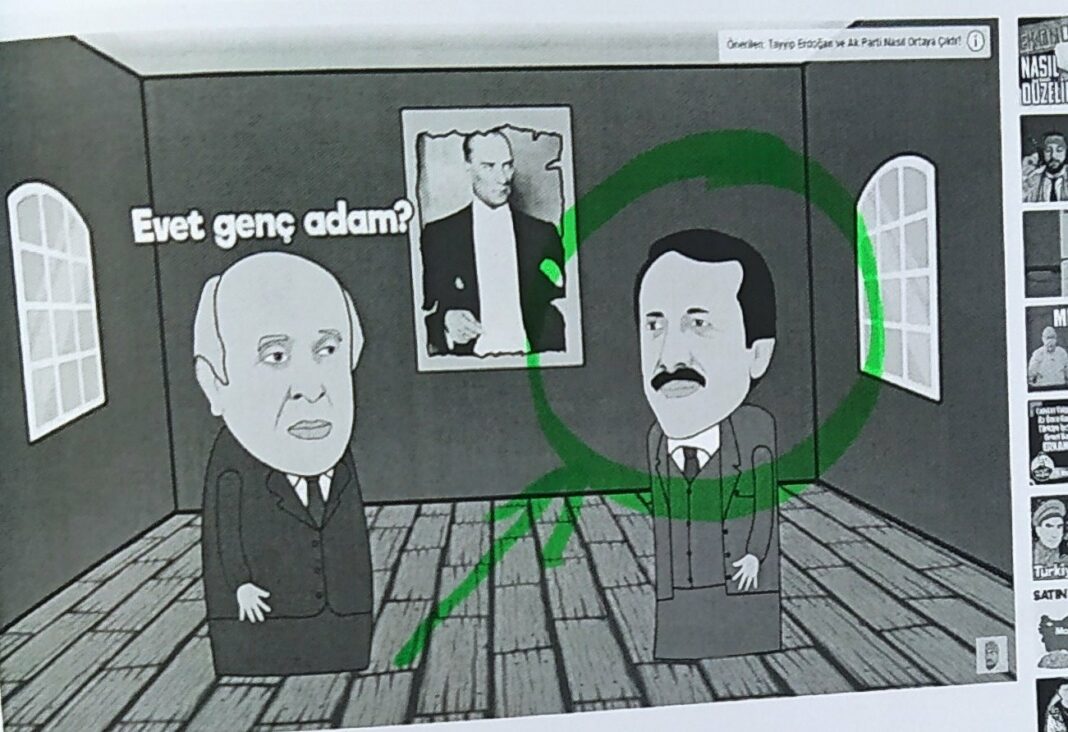 A Turkish cartoonist was interrogated by the police for publishing a cartoon of Turkey’s president, Recep Tayyip Erdoğan, the Stockholm Center for Freedom reported.