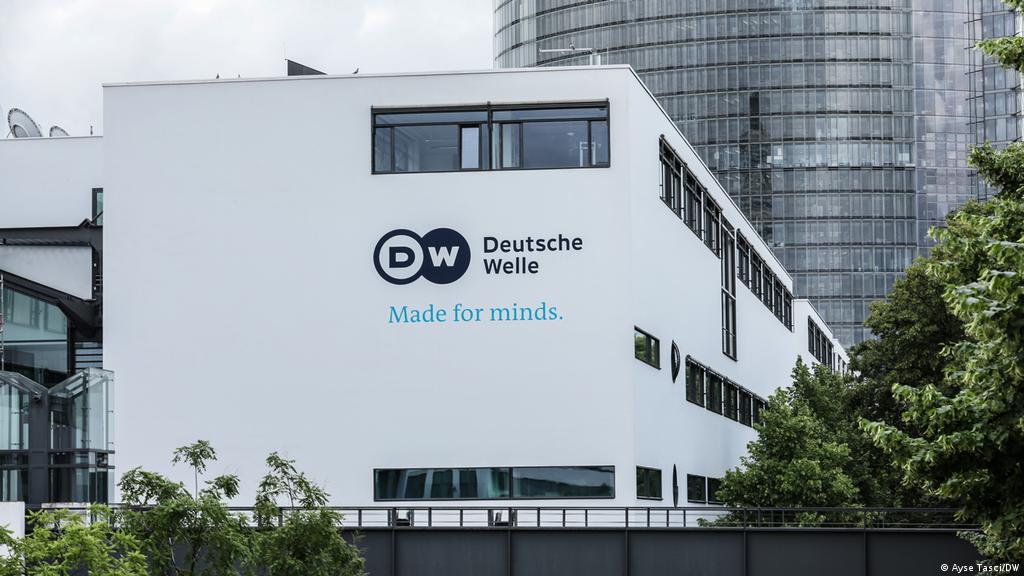 The German Association of Journalists has called on Turkey’s broadcasting regulator to immediately lift a ban on the Turkish edition of German international broadcaster Deutsche Welle that was also imposed on US broadcaster Voice of America.

Access to the Turkish editions of the two international news websites operating in the country was blocked on Thursday evening based on a demand from the country’s media watchdog, the Radio and Television Supreme Council (RTÜK).

When readers went to access these websites on Thursday evening, they saw a notice saying that access to the websites had been blocked by the decision of an Ankara court.

The two media outlets had refused to comply with an order from RTÜK in February to obtain broadcasting licenses, which they said would amount to censorship.

“The ban on Deutsche Welle cannot be justified by anything other than the sheer arbitrariness of Erdogan’s autocracy,” DJV chairman Frank Überall said in a statement on Friday. “The people in Turkey should be able to continue to have access to independent and critical journalism like that offered by Welle,” he added.

The DJV chairman also called on the German government to press Turkish authorities to have the ban lifted.

“Deutsche Welle is Germany’s foreign broadcaster, after all. That puts the issue on Berlin,” he said.

Deutsche Welle General Director General Peter Limbourg said his agency refused to apply for a Turkish license because it would harm independent broadcasting.

“In our extensive correspondence, as well as in personal conversations with the head of the media monitoring agency, we explained why DW cannot apply for such a license,” Limbourg said in a statement.

“For example, licensed media in Turkey is obliged to delete online content that RTUK considers inappropriate. This is unacceptable for an independent media organization,” he added.

Meanwhile, RTÜK also released a statement on Friday saying that an access ban had to be imposed on DW and VOA because they failed comply with an order to secure broadcasting licenses. The watchdog said the ban on these websites would be lifted if they applied for licenses, adding that RTÜK always supports freedom of the press, pluralism and independent journalism.

The US State Department criticized the new rules when they first went into force in February, stressing that a “free media is essential to a robust democracy”.

On Friday the two news websites were inaccessible in Turkey without the use of VPN technology. Both shared instructions on their social media accounts about using VPN to access their content.

The move by RTÜK has been described by media outlets as an attempt at censorship and at expansion of the Turkish government’s control over domestic media to foreign outlets, which are the only source of free and independent journalism for some people in Turkey, where the majority of the media is controlled by the government.

Deutsche Welle and VOA challenged RTÜK’s move at the time and announced that they would appeal its decision and take legal action in court. As for Euronews, the news outlet removed the content that necessitated the license, hence was no longer required to get a broadcasting license, according to an announcement from a RTÜK member in April.

In 2019 Turkey revised its media regulations to allow RTÜK to supervise online broadcasts. Since the new regulations went into effect, various streaming platforms including Netflix and Amazon Prime have applied for and received licenses.

According to Reporters Without Borders (RSF), 90 percent of the national media in Turkey, which was ranked 149th among 180 countries in the RSF’s 2022 World Press Freedom Index, is owned by pro-government businessmen and toe the official line.