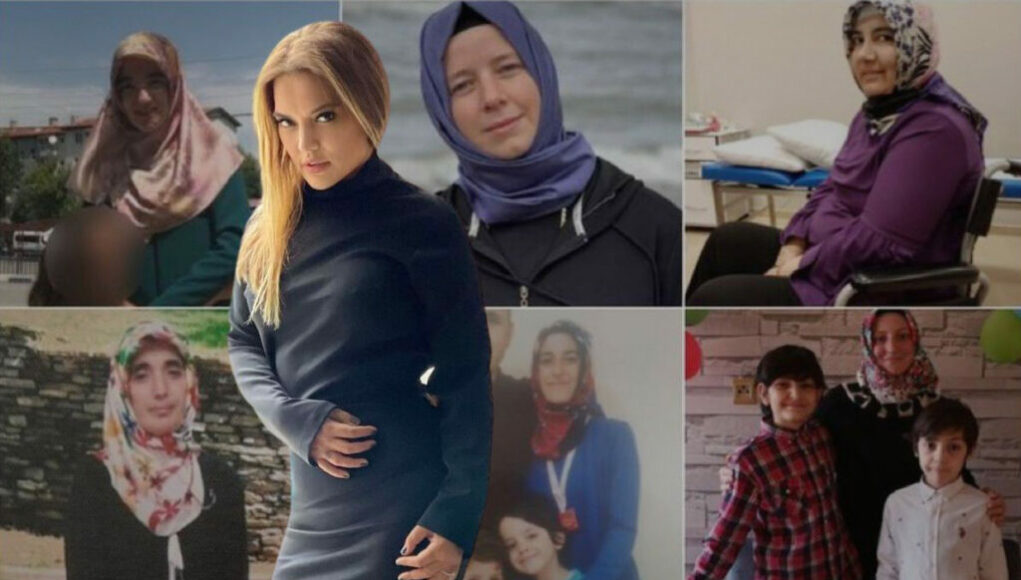 A Turkish pop singer who on Mother’s Day posted a tweet about the situation of pregnant and sick women as well as mothers with small children in a prison in northern Turkey who were arrested on politically motivated charges had to delete her tweet after she was targeted by Oda TV, a pro-government and ultranationalist news website.

Singer Demet Akalın called on the Family Affairs Ministry to take steps for the release of these women, who were put behind bars in Edirne in April and May on charges of membership in a terrorist organization due to their alleged links to the faith-based Gülen movement.

The Turkish government accuses the Gülen movement, inspired by a Muslim cleric resident in the US, of masterminding a coup attempt on July 15, 2016 and labels it a “terrorist organization,” although the movement strongly denies involvement in the coup attempt or any terrorist activity.

Akalın also posted photos of some of the women jailed in Edirne.

“None of them are murderers,” she said, adding that she would call the best lawyers in the country to discuss the legal situation of these women.

Oda TV, which reported on the message of solidarity Akalın posted for the jailed women, described the singer as a person who attends many events hosted by President Recep Tayyip Erdoğan.

The news website accused the singer of calling for the release of the women, arrested over Gülen links, saying that five of the six women, whose photos were shared by Akalın, were ByLock users.

Turkey considers ByLock, once widely available online, a secret tool of communication among supporters of the Gülen movement since the coup attempt despite the lack of any evidence that ByLock messages were related to the abortive putsch, leading to the arrest of thousands who were using it.

Oda TV also claimed that all the women were jailed after they were detained while trying to flee abroad. It was not clear how the news website got access to the details in the women’s case files.

Following the Oda TV report, Akalın deleted her tweet in an apparent move to avoid any legal harassment as prosecutors in Turkey are quick to take action against anyone speaking in favor of the Gülen movement or their followers.

Akalın, who received praise for raising her voice about the jailed women, came under criticism after her backpedaling, with many accusing her of bowing to pressure.

Emre Ünlü, the husband of Aslı Ünlü, who is six months pregnant and jailed in Edirne Prison, thanked Akalın for her tweet, saying they also have a 4-year-old son and that his wife is having difficulty in prison and can’t even go to the hospital for her regular checkups.

Exiled writer Hilal Nesin said she did not understand why Akalın deleted her tweet. “Are you opposed to injustice based only on a person’s identity? While dozens of thieves, murderers and perverts are freely roaming the country, you believe in the so-called coup and put the blame on these people. What a pity,” she tweeted.

Dismissing the investigations as a Gülenist coup and conspiracy, the AKP government designated the movement as a terrorist organization and began to target its members. The government intensified the crackdown following the coup attempt.

In addition to the thousands who were jailed, scores of other Gülen movement followers had to flee Turkey to avoid the government crackdown. They had to take dangerous journeys on the Evros River or the Aegean Sea to reach Europe because their passports had been cancelled.