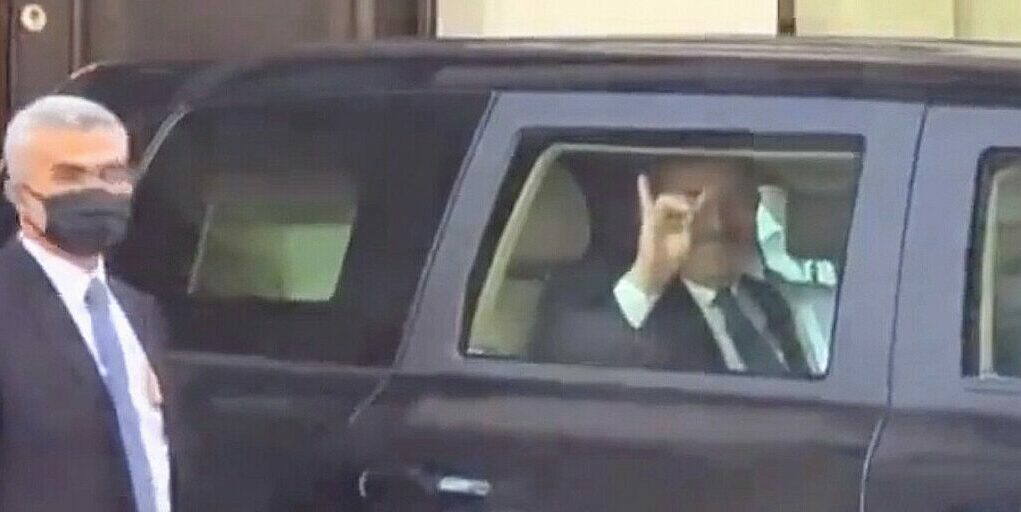 Uruguay’s Senate unanimously agreed not to move forward with its advice and consent for the appointment of Hugo Cayrús as ambassador to Turkey following Turkish Foreign Minister Mevlüt Çavuşoğlu’s ultranationalist hand gesture to Armenians who were protesting his visit to Montevideo last month, the Kısa Dalga news website reported on Wednesday.

During his visit to Uruguay on April 23, Çavuşoğlu made an ultranationalist hand gesture linked to Turkey’s far-right Grey Wolves, a paramilitary group outlawed in some European countries, to demonstrators outside the Turkish Embassy who had gathered to demand recognition of the Armenian genocide on the eve of Armenian Remembrance Day.

The decision to put the appointment on hold was mooted by left-wing coalition Broad Front (Frente Amplio) Senator Liliam Kechichian, at whose request the Upper House agreed to send the dossier back to the International Affairs Committee, according to Kısa Dalga.

Speaking to Spanish newspaper El Pais last week, Kechichian said the planned move was aimed at appointing ambassadors to Turkey and Armenia simultaneously, adding that it had nothing to do with Cayrús personally.

In addition to the Armenian community in Uruguay, Çavuşoğlu’s hand gesture also drew criticism from Uruguay’s President Luis Lacalle Pou, who had described it as “regrettable.”

He also pointed out that the Armenian community in Uruguay “is hurt, and rightly so,”  since the demonstration, which took place in front of the newly opened Turkish Embassy in Montevideo, was in protest of Çavuşoğlu setting foot in the country a day before the 107th anniversary of the start of the Armenian genocide.

Turkey categorically denies the 1915-16 killings of more than a million Armenians as genocide.

As many as 1.5 million Armenians are estimated to have been killed from 1915 to 1917 during the waning days of the Ottoman Empire, which suspected the Christian minority of conspiring with adversary Russia in World War I.

Armenian populations were rounded up and deported into the desert of Syria on death marches in which many were shot, poisoned or fell victim to disease, according to accounts at the time by foreign diplomats.

Turkey, which emerged as a secular republic from the ashes of the Ottoman Empire, acknowledges that 300,000 Armenians may have died but strongly denies it was genocide.

In 2020 France officially banned the Grey Wolves after a center dedicated to the memory of those who died in the mass killings of Armenians during World War I was defaced with graffiti, including the name of the Grey Wolves.

The Grey Wolves caused havoc on the streets of Turkey during the 1970s and 1980s when its members frequently clashed with leftist activists.

People affiliated with the Grey Wolves, known as Bozkurtlar in Turkish, traditionally show their loyalty with a hand gesture in which the little and index fingers are raised.

Mehmet Ali Ağca, the Turkish nationalist who attempted to assassinate Pope John Paul II in 1981, had also been linked to the movement.