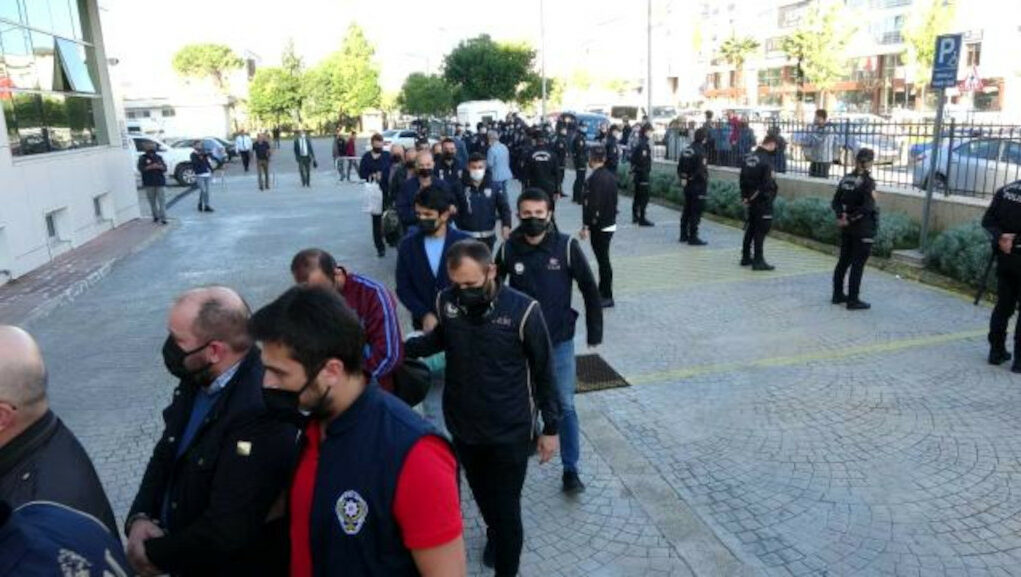 Turkish President Recep Tayyip Erdoğan named his political party “Justice and Development” as a display of his determination to transform Turkey’s elitist, militant secularism into a democratic government that could function as a beacon and symbol of progress in the region and the Islamic world at large. He made promises of the “new Turkey” being a place that would embrace all minorities and protect the rights of ordinary Turks, affording them a space in public life. However, after two decades of Erdoğan’s rule, Turkey has been listed in numerous international human rights reports for violations of the human rights of its citizens. However, neither the US government nor the European Union has introduced sanctions on the Erdoğan regime for its daily crackdown on critics. Instead, they commend the AKP regime for its hosting of Syrian and Afghan refugees in Turkey.

NATO member Turkey is increasingly being viewed as a strategic partner of the West against Russia. Erdoğan has continued with the use of draconian measures against Kurds, ordering security forces to raze many Kurdish towns in March 2016 including the historic towns of Cizre and Sur, the ancient heart of Diyarbakır in southeastern Turkey. Among the many Erdoğan views as threats and political dissidents are members of the Gülen movement, inspired by US-based cleric Fethullah Gülen. His repression of Gülen followers can be likened to actions of the Egyptian pharaohs, who would target baby boys whom they feared would grow up to oppose him.

Moreover, Erdoğan’s government not only targets Kurdish militants in Turkey but also continuously attacks Kurds in Iraq and Syria, viewing the outlawed Kurdistan Workers’ Party (PKK) and the People’s Protection Units (YPG) as terrorist groups. The Syrian Observatory for Human Rights, together with a number of media outlets, has reported that Turkish forces also target ordinary Kurdish civilians in these countries. In addition to Kurds, the Turkish state also targets Alevis, the largest religious group in Turkey after the Sunnis. Turkey’s religious authority, the Religious Affairs Directorate, or Diyanet, discriminates against followers of the Alevi faith and refuses to recognize their “cemevis” as houses of worship, as Alevis follow a different path in their practice and interpretation of Islam. Tensions between Sunni rightists and Alevi leftists have increased since the 1970s, and Turkish nationalists have from time to time targeted Alevis.

Turkey’s Christian, Armenian, Jewish and many other religious and ethnic minorities also feel less comfortable and secure as Erdoğan’s AKP has been involved in populist, Islamist and nationalist politics for the last 10 years. However, as long as these minority groups remain silent about Erdoğan’s injustices, not questioning Turkey’s official ideology and seeing themselves as ethnic Turkish citizens, they do not face systematic persecution. On the other hand, Gülen movement members who are in fact mostly ethnic Turks and almost all adherents of Turkey’s Sunni practice of Islam, face a kind of slow-motion genocide under the Erdoğan regime.

In a recent speech at a fast-breaking dinner at the Nizamiye Mosque in Johannesburg on the occasion of the Muslim holy month of Ramadan, renowned South African theology professor Farid Esack likened Turkey’s ongoing witch-hunt against Gülen movement members to the pharaoh’s practices.

“The Hizmet [or Gülen] movement teaches an amazing lesson to all of us. How do we continue to serve in various capacities, in the fields of education, art and culture? For so many of us this [Nizamiye Mosque] is a refuge where you can sit comfortably, calmly, enjoy prayers, enjoy walking around, enjoy nature, celebrate a birthday on the lawn, play with your kids. We really from our side, as South Africans, we only see service and outreach, excellency in your educational institutions.” Esack said.

The professor drew comparisons between the pharaoh, who is quoted in the Quran as saying, “… “I am your most exalted lord,” (Naz’iat/24) and Erdoğan’s actions without mentioning his name and told the audience they could easily guess who he was talking about.

The US Department of State’s “2021 Country Reports on Human Rights Practices” mentioned that “On the fifth anniversary of the 2016 coup attempt in July, the Ministry of Interior announced that authorities had detained 312,121 and arrested 99,123 individuals since the coup attempt on grounds of alleged affiliation with the Gulen movement, which the government designated as a terrorist organization.” The Turkish government accuses the Gülen movement of masterminding the coup, but Gülen and movement members strongly deny any involvement.

The State Department report also mentioned that the courts in some cases concerning Gülen followers applied the law unevenly, with legal critics and rights activists asserting that court and prosecutor decisions were sometimes subject to executive interference.

Erdoğan’s AKP continues to this day a massive crackdown on Gülen followers. Although Erdoğan is known for his attacks and acts of repression on many groups, this pharaoh-type of oppression is reserved particularly for Hizmet members. The absurdity of the situation is made clear by the fact that Turkish authorities have to date jailed more than 750 former military cadets over their alleged links to the Gülen movement as they turned 18. These students were just 13 or 14 years of age during the time of the July 15 coup attempt.