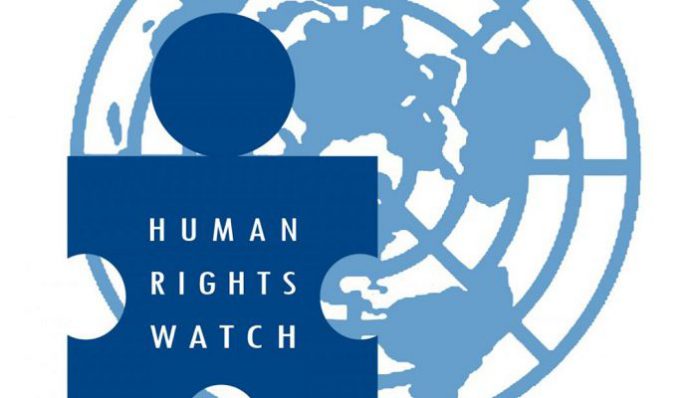 The conviction of prominent businessman and philanthropist Osman Kavala and his seven co-defendants is ample proof that Turkish courts operate under instructions from the President Recep Tayyip Erdoğan, Human Rights Watch said in a statement on Wednesday, the Stockholm Center for Freedom reported.

An İstanbul court sentenced Kavala, who was accused of financing large-scale protests against the government in 2013, to aggravated life on charges of “attempting to topple the government” while sentencing seven other defendants to 18 years each on charges of aiding the attempt.

“The conviction of Osman Kavala and the seven others in a sham trial where wild assertions and conspiracy theories stood in for anything resembling evidence is a gross violation of human rights and ample proof that Turkey’s courts operate under instructions from the Erdogan presidency,” said Kenneth Roth, executive director of Human Rights Watch. “The war in Ukraine should not allow Turkey’s international allies to turn a blind eye to the severe crisis for the rule of law and human rights at home exemplified in this latest verdict and sentences.”

The conviction of rights activists has attracted condemnation and anger from within and without Turkey and sparked nationwide protests in the country.

Unless an appeals court overturns the verdict, Kavala will spend the rest of his life in prison.

The protests in 2013 erupted over government plans to demolish Gezi Park in Taksim. They quickly turned into mass anti-government demonstrations that were violently suppressed by the government, leading to the death of 11 protestors due to the use of disproportionate force by the police.

Turkey has refused to release Kavala despite a binding judgment of the European Court of Human Rights (ECtHR) in December 2019 finding that his detention for allegedly directing and financing the Gezi Park protests of 2013 and for alleged involvement in the failed coup of July 2016 was in pursuance of an “ulterior motive,” that of silencing him as a human rights defender.

The Council of Europe’s (CoE) Committee of Ministers on February 1 decided to take action against Turkey due to the philanthropist’s continued imprisonment and ordered that the case be submitted to the ECtHR for review, officially beginning an infringement procedure against Turkey.