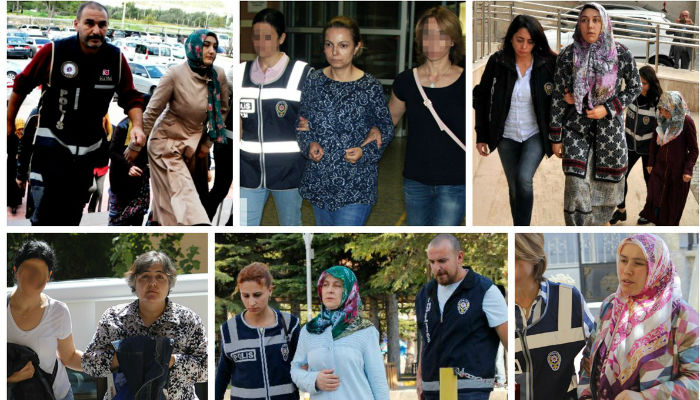 A recent report published by the Civil Society in the Penal System (CİSST) said under no circumstances should young children accompany their mothers in prison and recommended that mothers be put under house arrest or released on probation, the Stockholm Center for Freedom reported.

The report, which was drafted on the occasion of April 23, National Children’s Day, said children who accompanied their mothers in prison were deprived of basic necessities. “Children are cut off from the outside world, and they cannot participate in social and cultural activities,” the report said. “This is detrimental for physical and mental wellbeing and will cause problems in connecting with society later in life.”

Previous reports have said Turkish prisons do not accommodate the needs of children and infants. Most prisons do not provide crayons, toys or carpets for crawling babies. Many children do not have their own beds and share their mothers’ food.

CİSST said they currently did not know how many children between the ages 0-6 are in prison because the Ministry of Justice did not provide any information. However, children’s rights activists said as of December 2021 there were 548 children in prison with their mothers.

CİSST recommended that prisons employ child psychologists who can follow the mental and psychological development of children. Moreover, they said authorities need to find different methods of incarceration for convicted mothers, such as house arrest or probation.

Human rights advocates have repeatedly said the courts need to take into account the economic and family situations of mothers with children under 6 and that female inmates with children should be in prisons with better conditions where children can be raised well.

The report also included recommendations for minors who are incarcerated in juvenile centers. It said minors should definitely not be incarcerated for long periods of time and that they should be released on probation in order to mix with society for easier reintegration.

“Minors should be allowed to meet regularly with their lawyers, representatives from civil society and children’s rights experts. Furthermore, every detail about the minor during their time in prison, such as hospital visits, medication, medical reports and disciplinary punishments, should be made available to their families and lawyers.”