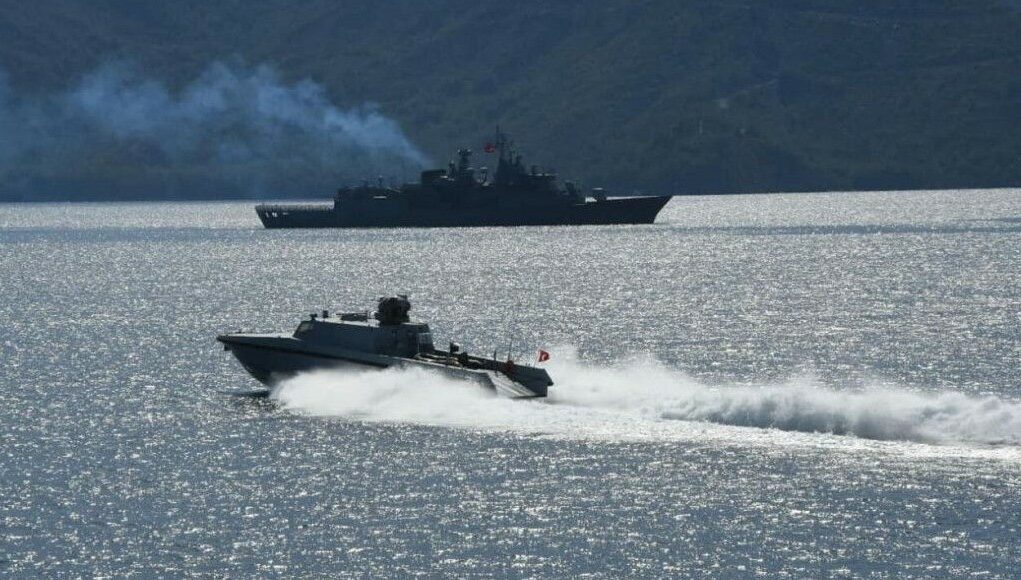 The first Blue Homeland exercise took place in 2019 in the Black Sea, the Aegean Sea, and the eastern Mediterranean with the participation of all Turkish naval units. Exercises in the Turkish Naval Forces are conducted according to yearly plans to meet the ships’ training requirements and evaluate new doctrines and concepts. As part of annual exercise planning until 2019, the “Deniz Yıldızı” exercise had been scheduled in April in the Black Sea, while the “Denizkurdu” or “Beyaz Fırtına” exercises were conducted in June in the Aegean and eastern Mediterranean. In particular the “Beyaz Fırtına” and “Denizkurdu” exercises were aimed at demonstrating Turkey’s firm stance and deterrence in safeguarding its rights and interests in the Aegean and eastern Mediterranean. However, the fact that the Blue Homeland doctrine started to shape Turkey’s security and foreign policy in 2019 has also changed the annual exercise schedule of the Naval Forces Command.

The second Blue Homeland exercise scheduled in 2020 was canceled due to the COVID 19 pandemic. In 2021 it was held only in the Aegean and eastern Mediterranean between Feb. 25 and March 5.

Under the Blue Homeland doctrine, Turkey should have a deterrent maritime power for designated areas of maritime jurisdiction and use this power to protect its rights and interests when necessary.

The agreement on the determination of areas of maritime jurisdiction that Turkey signed with Libya in 2019 was a turning point for Turkey as it paved the way for the Greek-Egyptian agreement on the delimitation of the exclusive economic zone in the eastern Mediterranean. The Greek-Egyptian treaty covers the maritime area between 26 and 28 degrees longitude. Part of this area lies within the boundaries of the possible exclusive economic zone about which Turkey has notified the United Nations following the agreement with Libya. Therefore, Turkey reacted sharply to the Greek-Egyptian treaty and stated that it did not recognize the agreement. In August 2020 Turkey and Greece came to the brink of war in the eastern Mediterranean. Thanks to the efforts of NATO and the United States, tensions in the region were eased.

Turkey’s sharp turnaround in foreign policy in 2021 can be directly linked to the loss of influence of the Blue Homeland doctrine, which had dominated Turkish security and foreign policy since 2019. 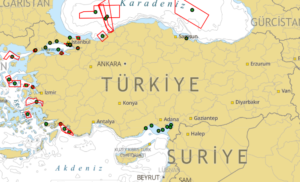 The Blue Homeland exercise in 2022 shows that Turkey has indeed abandoned the implementation of the doctrine. The training activities conducted by warships in the eastern Mediterranean as part of the exercise and the promulgated navigational telexes (NAVTEX) did not serve to support Turkey’s claims to the potential exclusive economic zone in the eastern Mediterranean as defined by the doctrine. In the exercise, Turkey refrained from activities that could cause tensions with Greece and southern Cyprus, which would exacerbate tensions in the eastern Mediterranean, as called for at the EU summit in December 2020. NAVTEX was not promulgated in the sea area between the 26th and 28th meridians, which Turkey claims as part of its exclusive economic zone, to avoid causing tensions with Greece and Egypt.