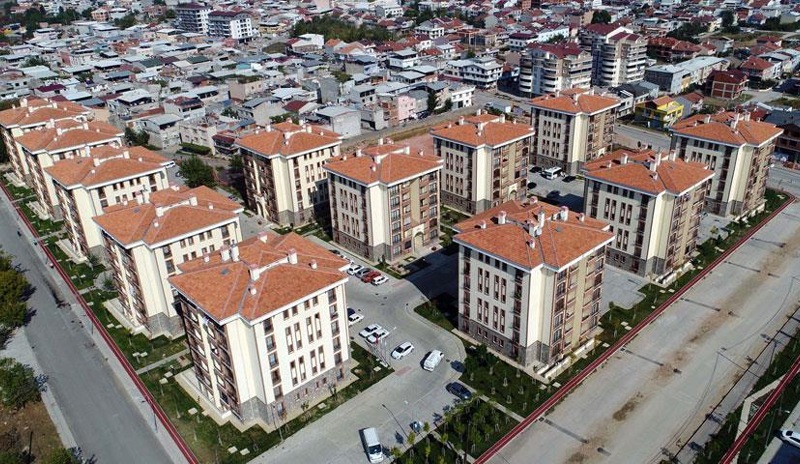 Turkey experienced the largest increase in housing prices in Europe with a 59.8 percent rise in the fourth quarter of 2021, compared to the same quarter of 2020, local media reported on Wednesday, citing data from the European Statistics Office (Eurostat).

Following Turkey, the highest increases in housing prices were recorded in Czechia with 25.8 percent, Estonia with 20.4 percent and Lithuania with 19.8 percent in the same period, while a decrease was only registered in Cyprus with 5.3 percent.

The index also revealed that Turkey saw an increase of 96.4 percent in house prices in February 2022, compared to the same period in 2021.

Turkey also saw the second-highest increase in rents among European countries with 11.7 percent after Slovenia, which experienced an increase of 15.2 percent between the last quarters of 2020 and 2021, according to Eurostat’s Harmonised Index of Consumer Prices (HICP).

Rents were up by only 1.3 percent in the EU within the same period while decreases of 0.1 percent and 1.7 percent in prices were recorded in Malta and Austria, respectively, the index further showed.

Local media reports said it was noteworthy that house prices in Turkey started to increase rapidly after October-November 2021, when the depreciation of the Turkish lira against the US dollar accelerated.

The Turkish lira lost more than 40 percent of its value in 2021 as the central bank slashed its policy rate by 500 basis points to 14 percent from 19 percent from September to December despite high inflation.

Turkish President Recep Tayyip Erdoğan is an advocate of low-interest rates, insisting that the move will ease the burden on investments amid the rising inflation.

Turkey has been struggling with spiraling inflation, which burdens its population with a rising cost of living. Economists predicte that the country is likely to suffer with high inflation throughout 2022.