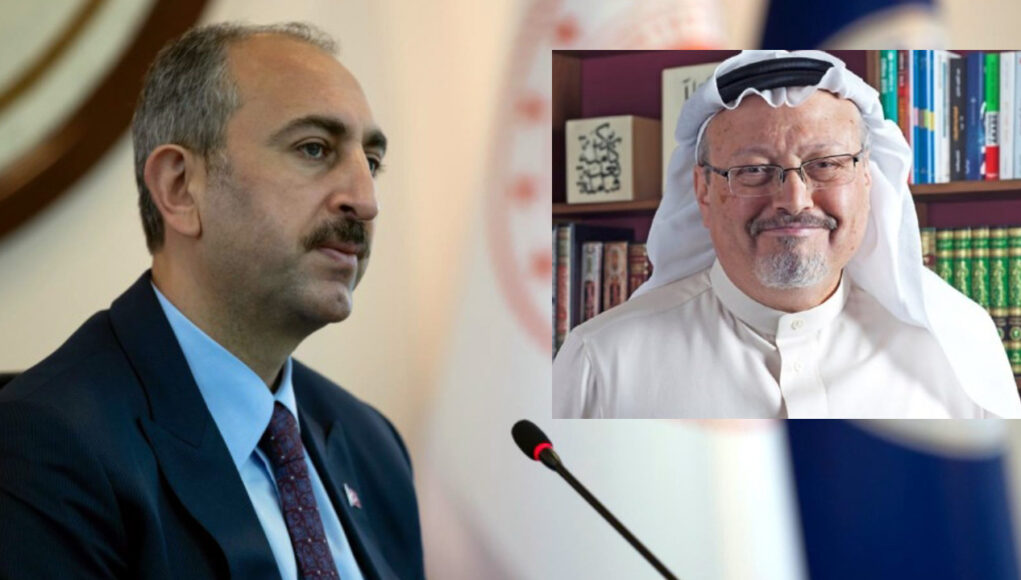 President Recep Tayyip Erdoğan appointed Bekir Bozdağ as Turkey’s new justice minister, replacing Gül after his resignation in January. Bozdağ had previously served as justice minister between 2013 and 2015 as well as from 2015 to 2017.

A new minister was appointed to approve the transfer of the Khashoggi murder trial to the kingdom, CHP Deputy Chairman Erkek said on Twitter.

In a move that attracted international condemnation and dashed hopes about the possibility of justice for Khashoggi, a Turkish court last week confirmed a halt of the trial in absentia of 26 suspects linked to the murder of Khashoggi and its transfer to Riyadh.

The 59-year-old journalist was killed inside the Saudi Consulate General in Istanbul on October 2, 2018 in a gruesome murder that shocked the world.

To Riyadh’s dismay Turkey pressed ahead with the Khashoggi case, and President Erdoğan had at the time said the order to kill him came from the “highest levels” of the Saudi government.

A Turkish court began the trial in 2020 with relations tense between the two Sunni Muslim regional powers.

But with Turkey desperate for investment to help pull it out of an economic crisis, Ankara has sought to heal the rift with Riyadh.

The court decision comes almost a week after Justice Minister Bozdağ said he would green-light a Turkish prosecutor’s request to hand the case over to Saudi Arabia, at the request of the latter. In addition, Bozdağ said on Monday that the transfer of the case was in compliance with the law.

Five people were sentenced to death by the kingdom over Khashoggi’s killing, but a Saudi court in September 2020 overturned the verdicts while handing down prison sentences of up to 20 years to eight unnamed defendants following secretive legal proceedings.

In the years that followed the murder, Saudi Arabia sought to unofficially put pressure on Turkey’s economy, with a boycott of Turkish imports.

The transfer of the case to Riyadh removes the last obstacle to normalizing ties.