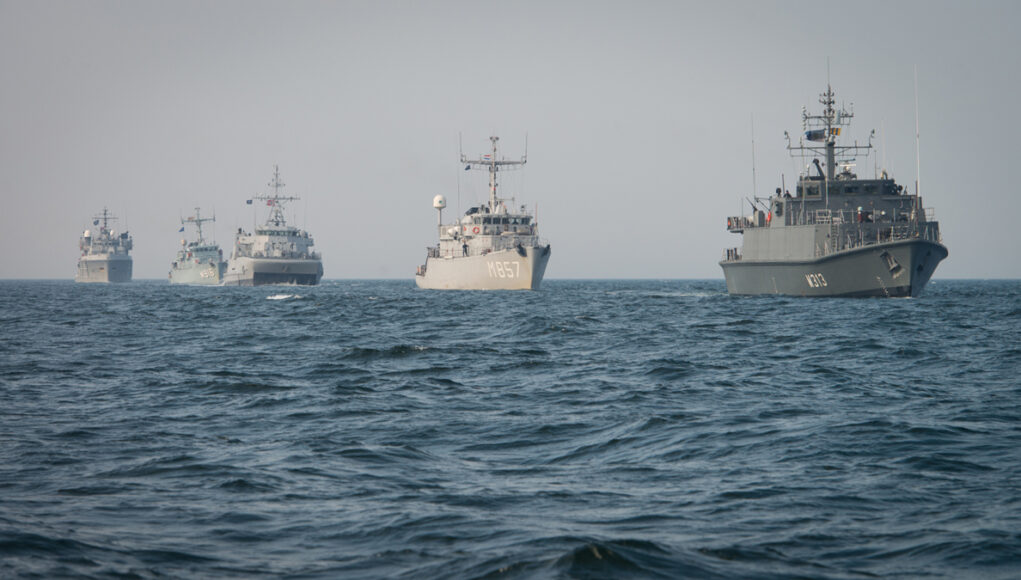 Recognizing Russia’s invasion of Ukraine as a “war,” Turkey closed the Bosporus and Dardanelles straits to Russian and Ukrainian warships, invoking Article 19 of the Montreux Convention. Under Article 19, warships belonging to belligerent powers may not pass through the straits. On Feb. 28 Turkish Foreign Mevlüt Çavuşoğlu said the situation had escalated to war, adding, “We have informed all Black Sea littoral states and non-littoral states that the straits are closed to warships.”

Defense Minister Hulusi Akar in a statement on March 1 in response to Russia’s invasion of Ukraine, stated, “We will continue to apply Articles 19, 20 and 21 of the Montreux Convention in the same manner as we have been doing so far.” The two ministers’ differing statements have sparked debate over which article of the Montreux Convention Turkey has invoked to close the straits.

Under Article 20 Turkey has the sole authority to close the straits to all warships if Ankara is a party to the conflict. In such a case Turkey has the mandate to prevent any nation’s warships from passing through the straits. Additionally, Article 21 of the convention provides that Turkey may close the straits at its discretion even if it is not at war but “consider[s] herself to be threatened with imminent danger of war …”

Turkey rejected Russia’s request for passage of the Admiral Flota Kazanov frigate through the straits on the grounds that the ship’s main base was not a naval base in the Black Sea. The United States and NATO praised Turkey’s stance. US Secretary of State Antony Blinken reportedly “expressed his appreciation” to Çavuşoğlu for Turkey’s action. Just as discussions on the Montreux Convention began to die down, remarks made by Defense Minister Akar about floating mines in the Black Sea and the threat they pose brought Turkey’s practice of closing the straits to warships of all countries back onto the agenda.

Floating mines detected in Turkish territorial waters may have been left in the Black Sea intentionally to put Turkey in a difficult position, Akar said. “We have suspicions that the mines were left intentionally. Maybe these mines were left as part of a plan to cause NATO minesweepers to enter the Black Sea, to put us in a difficult position,” he reportedly said on April 5 at a ruling Justice and Development Party (AKP) Central Decision and Executive Board (MKYK) meeting.

Akar stressed that Turkey would adhere to the rules of the Montreux Convention and that Ankara would not let warships enter the Black Sea. “We will not let the Black Sea get dragged into war,” he said.

Turkey believes the deployment of the Standing NATO Mine Countermeasures Group 2 (SNMCMG-2), to which it has permanently assigned a minehunter ship, to pass through the straits to the Black Sea may trigger a conflict between NATO and Russia, in which it must intervene as part of NATO collective defense. Therefore, it believes that it can invoke Article 21 in such cases. So does Article 21 grant Turkey this right? Is Article 21 applicable in these cases?

Article 21 reads, “Should Turkey consider herself to be threatened with imminent danger of war, Turkey shall have the right to apply the provisions of Article 20 of the present Convention.” If Turkey were to invoke this article, it would have to send a notification to the High Contracting Parties and to the secretary-general of the League of Nations. In other words, under this article, the passage of warships is again left to Turkey’s discretion.

Article 21 also says, “If the Council of the League of Nations decide by a majority of two-thirds that the measures are thus taken by Turkey are not justified, and if such should also be the opinion of the majority of the High Contracting Parties signatories to the present Convention, the Turkish Government undertakes to discontinue the measures in question …”

Due to the demise of the League of Nations, the above provision cannot be implemented today. However, this does not mean that Turkey has complete discretion in this matter. Other signatory parties can discuss how to exercise discretion in accordance with the procedures of international law. In addition, the Turkish Ministry of Foreign Affairs has stated that Article 19 has been implemented. The Defense Ministry is not authorized to make a statement on this issue. However, as shown by Defense Minister Akar’s comments, Turkey has assured Russia that it will close the straits to warships from all riparian and non-riparian countries. Akar raises this issue from time to time to reassure Russia that Turkey will keep its promise. NATO, the United States and other signatories have not yet asked for passage through the straits. However, developments in the Black Sea show that Turkey cannot continue this practice for much longer. The first serious test seems to be whether the two mine hunters that Italy has promised to send to Romania for clearing the floating mines off its coast will be allowed to pass through the straits by Turkey.

Consequently, under the Montreux Convention there is no legal impediment to SNMCMG-2 using the straits to enter the Black Sea, as Article 19 is currently in force.