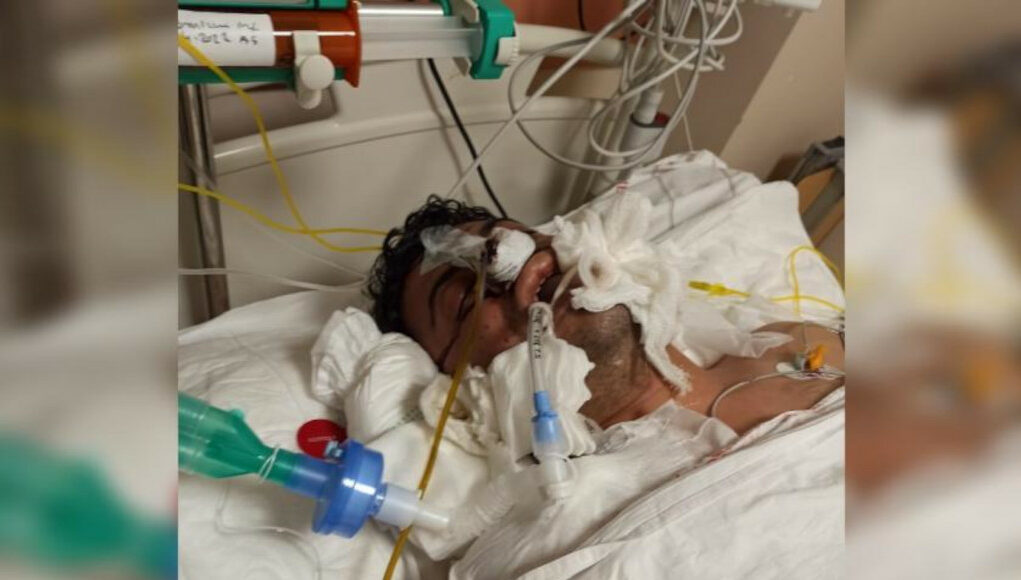 New images of Ferhat Yılmaz, one of the inmates who was allegedly subject to mistreatment by guards in Istanbul’s Silivri Prison, emerged on Wednesday showing him badly injured in a hospital bed, the Stockholm Center for Freedom reported, citing the Evrensel daily.

In one photograph Yılmaz’s face appears bruised and his nose broken. The Directorate General of Prisons and Detention Houses issued a statement on Tuesday saying Yılmaz had died of cardiac arrest.

“Ferhat Yılmaz was transferred to the hospital on April 10; however, he died of cardiac arrest. We have started an investigation into the circumstances surrounding his death,” the statement said.

However, his brother said the body was badly bruised and there was a rope mark on his neck. There was a big bump and bruise on Yılmaz’s chest, his right foot had stitches and his eyes were bloodied.

Republican People’s Party (CHP) deputy Sezgin Tanrıkulu expressed outrage during a speech in parliament. “I just received this photograph. This man is unrecognizable!” he said, displaying Yılmaz’s hospital photo. “Everyone should be ashamed of what happened and should demand to know what really happened in that prison.”

Tanrıkulu said there was systemic torture and mistreatment in Turkish prisons. He criticized the Justice and Development Party (AKP) government for not taking reports on mistreatment in prisons seriously.

He also revealed that the Turkish Council of Forensic Medicine (ATK) had asked Yılmaz’s family for a bribe to issue his autopsy report sooner. “They said the report would be issued in five months but for a certain sum of money they could have it ready in two months. This country is rotten to the core,” Tanrıkulu said.

The Human Rights Association (İHD) said there had been claims that two inmates had killed themselves last week after the incident and that they were able to confirm these claims. They demanded that the authorities investigate the deaths and allegations of mistreatment in Silivri Prison.

One of the inmates, Halil Kasan, had told his family during a telephone conversation that the guards continuously taunted them and told them they could provide them with ropes if inmates wanted to kill themselves. “One guard asked me if I had a rope and said I could easily hang myself,” Kasan told his family. “They make prison life unbearable for us, the cells are disgusting, there’s not enough food or beds. We don’t feel safe, and we’re always intimidated by the guards.”

Kasan also attempted to kill himself after last week’s incident. He is currently in intensive care, but his family has been unable to get any updates on his condition.

In its statement, the directorate said Kasan was well and healthy and currently in prison. They denied any sort of mistreatment had taken place.