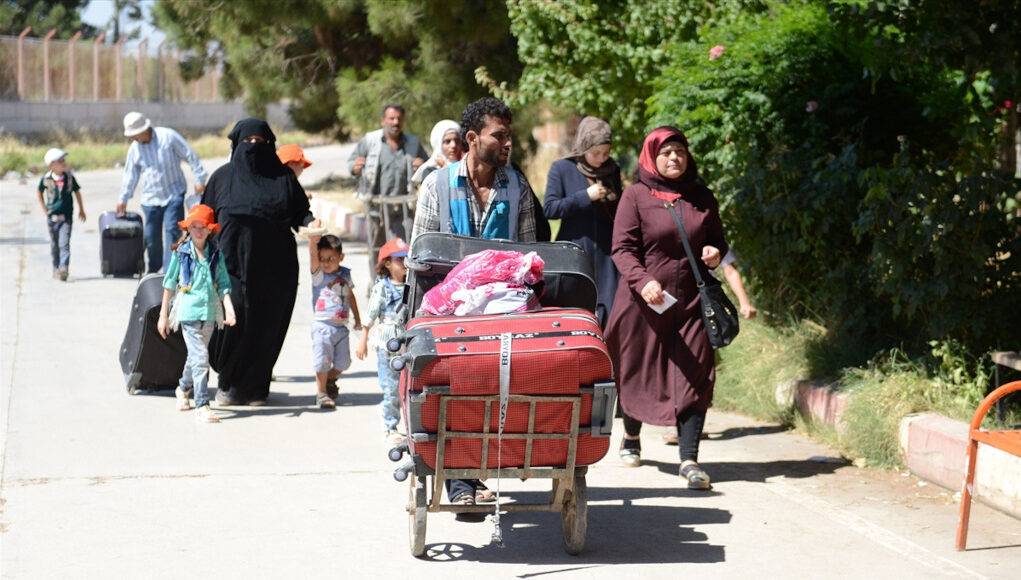 Turkish Interior Minister Süleyman Soylu has said 19,336 Syrian refugees have been deported from Turkey for security reasons since 2016, the Birgün daily reported on Wednesday.

Soylu’s remarks came during a ceremony held for the anniversary of the establishment of the Directorate General of Migration Management.

The minister said Turkey is more successful at deporting refugees who face deportation than EU countries.

Although Soylu said Syrians were deported for security reasons, it is widespread practice for Turkish authorities to deport migrants and asylum seekers without good reason.

In November Turkish authorities decided to deport 45 Syrian refugees who were detained after sharing videos on social media showing them eating bananas in an effort to condemn racism and discrimination in Turkey.

In February four Iranian refugees faced deportation for protesting the country’s withdrawal from the Council of Europe (CoE) Convention on preventing and combating violence against women and domestic violence, better known as the Istanbul Convention.

“I am a political refugee. I was detained and tortured many times because of my human rights activities in my own country. I applied for asylum when I came to Turkey due to my activities against … the regime in Iran. … I continued … [attending similar] activities in Turkey,” Fattahi, one of the Iranian refugees facing deportation, explained.

Last year, Munip Ali, a Syrian refugee who tweeted criticism of a police raid on a mosque targeting followers of an anti-government religious group, was deported.

Turkey hosts the world’s largest number of refugees, 3.7 million from Syria granted temporary protection status, and over 400,000 refugees and migrants from Afghanistan, Iraq and other countries.

Hate crimes against refugees and migrants, who are blamed for many of Turkey’s social and economic ills, have been escalating in the country in recent years.

Presidential Communications Director Fahrettin Altun earlier this year said the government’s refugee policy focused on the “voluntary and safe” return of refugees to their homelands. Altun informed that more than 500,000 Syrians had already returned to their country as a result of Turkey’s efforts to create secure and livable settlements in northern Syria.

However, critics say it is not certain that all refugees returned on a voluntary basis or if they were forcibly returned.