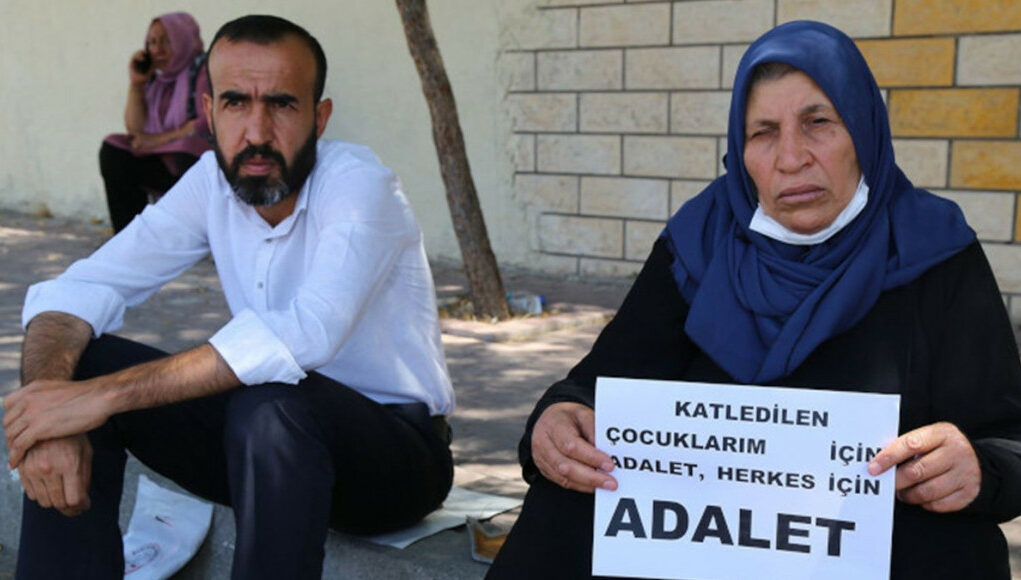 Members of the Şenyaşar family, who have been demanding justice for three of their relatives murdered by people connected to a lawmaker from the ruling Justice and Development Party (AKP), have called on people to join them in breaking their fast in front of a courthouse in Şanlıurfa province, where they have been staging a sit-in for the past 394 days, the Stockholm Center for Freedom reported, citing the Mezapotamya news agency.

The Şenyaşar family, who are continuing their protest during Ramadan, reiterated their demand for a fair trial and an effective investigation of the incidents.

Emine Şenyaşar and her son began a sit-in in March 2021 and have continued it since then.

The leader of Turkey’s main opposition Republican People’s Party (CHP), Kemal Kılıçdaroğlu, visited the family at the courthouse in December. Speaking to the press next to Emine Şenyaşar, the mother of some of the victims, Kılıçdaroğlu said this wasn’t an ordinary case.

Emine’s husband, Esvet Şenyaşar, and two of their sons, Adil and Celal, were brutally murdered on June 14, 2018 in Şanlıurfa province.

They were initially attacked in their store and taken to a hospital. However, they were followed by the family of AKP deputy İbrahim Halil Yıldız to the hospital, where they were ultimately murdered. Eight more people were injured during fights between the two groups. An older brother of Yıldız was also killed.

Two Şenyaşar brothers, Ferit and Fadıl, who were injured but survived, were later detained, and Fadıl Şenyaşar was arrested. However, none of Yıldız’s relatives or his bodyguards were detained despite the fact that three people had died.