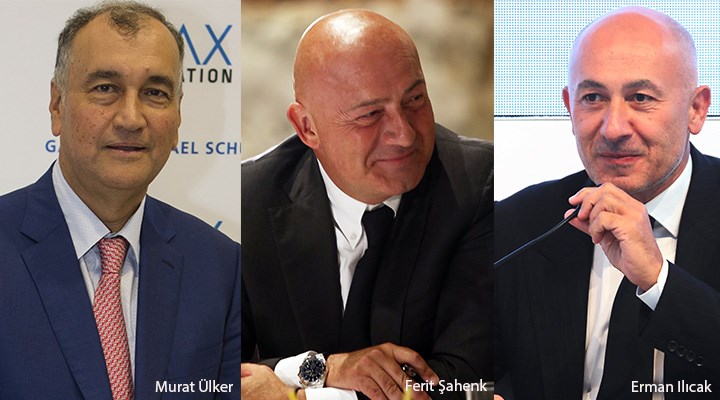 Forbes has listed 24 Turks among a total of 2,668 billionaires in its 36th annual ranking of the planet’s richest people, down from 27 a year ago, local media reported on Friday.

Among the Turkish billionaires, Yıldız Holding CEO Murat Ülker tops the list with a net worth of $4.7 billion, down from $6.3 billion in 2021. Ülker, who owns 63 percent of the holding, also dropped in ranking among the world’s billionaires, from the 421st in 2021 to 601st this year.

He was followed by Doğuş Holding CEO Ferit Şahenk, whose net worth decreased to $2.4 billion from $3 billion last year. Şahenk also dropped over 280 places and was ranked number 1,292 among Forbes’ millionaires in 2022.

Other Turks on the list included Erman Ilıcak, worth $2.3 billion and the CEO of Rönesans Holding, which built President Recep Tayyip Erdoğan’s controversial presidential complex in 2014; and Limak Holding CEO Nihat Özdemir, who is also known for being close the Justice and Development Party (AKP) government.

Özdemir is among five pro-government businessmen in Turkey who are referred to by the opposition parties as the “gang of five” for having won nearly all the large tenders during Erdoğan’s time in office.

“War, pandemic and sluggish markets hit the world’s billionaires this year,” Forbes said in an article earlier this week, adding that there were 2,668 of them on its 2022 list of the planet’s richest people, which is 87 fewer than a year ago.

The most dramatic drops have occurred in Russia, where there are 34 fewer billionaires than last year following Vladimir Putin’s invasion of Ukraine, and China, where a government crackdown on tech companies has led to 87 fewer Chinese billionaires on the list, according to Forbes, which also said that the world’s billionaires worth a collective $12.7 trillion this year, which is $400 billion less than in 2021.