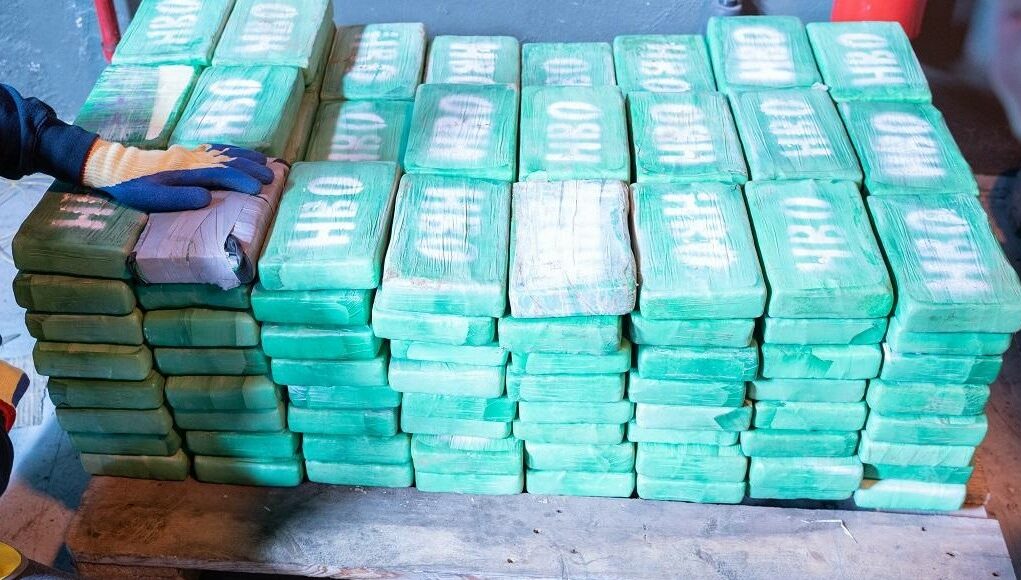 Customs officials in Malta have seized 800 kilograms of cocaine on a ship that was en route to the southern Turkish province of Mersin from Colombia, the Malta Today newspaper reported.

The cocaine left the port of Turbo in Colombia with a refrigerated cargo of 1,200 boxes of bananas. The cocaine was found hidden in a 40-foot reefer container at the Malta Freeport, the Customs Department of Malta announced on Thursday.

Customs officials, together with members from the Malta police drug squad who were called to the scene, opened the reefer and started physically inspecting all the boxes and ultimately found 800 packets of a white substance hidden in 26 boxes. It was found to be high-purity cocaine.

The packets carried a net weight of 1kg each and were concealed within the banana boxes. However, the difference in density and consistency was immediately flagged by the scanning officials.

The seized cocaine is estimated to have a value of 108.2 million euros.

Meanwhile, Turkish journalist Murat Ağırel, who posted a video of the discovery of the cocaine, said in a tweet on Thursday that he had learned the identity of the sender and recipient of the cargo and would reveal their names in an article in the Yeniçağ daily on Saturday.

Erkan Yıldırım, son of Binali Yıldırım, who is currently deputy chairman of the AKP, was part of a major drug trafficking ring involving Venezuela and Turkey, Peker had claimed in a video posted on YouTube.

According to Peker, Erkan Yıldırım traveled to the Venezuelan capital of Caracas in January and February 2021 to establish a new drug trafficking route following a raid in Colombia in 2020 when authorities seized 4.9 tons of cocaine headed for Turkey. Peker said measures implemented by Colombian officials forced the Turkish drug network to find a new route via Venezuela.