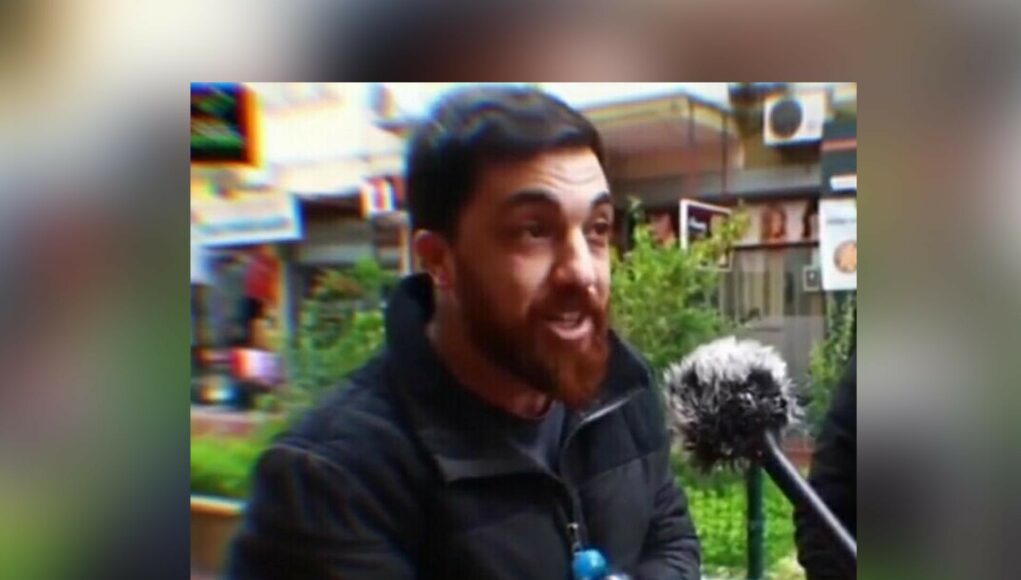 A Turkish court has arrested a man identified only by the initials V.Y. on charges that include insulting Turkish President Recep Tayyip Erdoğan after criticizing the president and his Justice and Development Party (AKP) government in a street interview in İzmir, local media reported on Thursday.

The Menemen chief public prosecutor launched an investigation into V.Y. on accusations of “insulting the president,” “inciting enmity and hatred among the people” and “threat with the intention of causing fear and panic among the public” for his remarks during a street interview conducted in İzmir’s Menemen district on March 17.

The man was arrested by a court on Thursday.

V.Y. argued in the interview that both Erdoğan and his supporters will face trial for the damage they have caused Turkey during the AKP’s 19-year rule in the country.

“The AKP sold off this country. … They’ve sold a [military] tank and pallet factory. They’ve sold sugar refineries. All the tenders are awarded to pro-government companies. A group called the ‘gang of five’ owns everything in Turkey,” the man said.

“Erdoğan will face trial, and his supporters will, too. … Erdoğan doesn’t own this country. … He can’t always do what he pleases. The time will come when it [the AKP rule] will end,” he added.

Through a presidential decree in December 2018, Erdoğan transferred the right to operate Turkey’s national tank factory for 25 years to Turkish-Qatari vehicle manufacturer BMC, which is run by Ethem Sancak, a former member of the AKP’s executive body and an ardent supporter of Erdoğan.

According to data from the Ministry of Treasury and Finance’s Privatization Administration (ÖİB), the state-owned shares of nearly 400 private companies were sold between 1986 and 2019, with $39 billion of the $46 billion in sales taking place under AKP rule.

ÖİB data further show that 3,000 pieces of real estate belonging to companies privatized between 1986 and 2021 had been sold. Some $3.7 billion of the $3.9 billion total sales, which included assets owned by the Turkish Sugar Refineries Corporation (Türkşeker), took place under AKP rule.

The family members of four cabinet ministers as well as the children of the then-prime minister and current President Erdoğan were also implicated in the December 17-25 bribery and corruption investigations that shook the country back in 2013.

The probes led to the resignation of four cabinet ministers, to which Erdoğan responded by claiming that the corruption scandal was fabricated by sympathizers of the faith-based Gülen movement within the police department with the aim of overthrowing his government.

Since then, hundreds of police officers and members of the judiciary have been detained and some arrested for alleged illegal activity in the course of the corruption investigations.