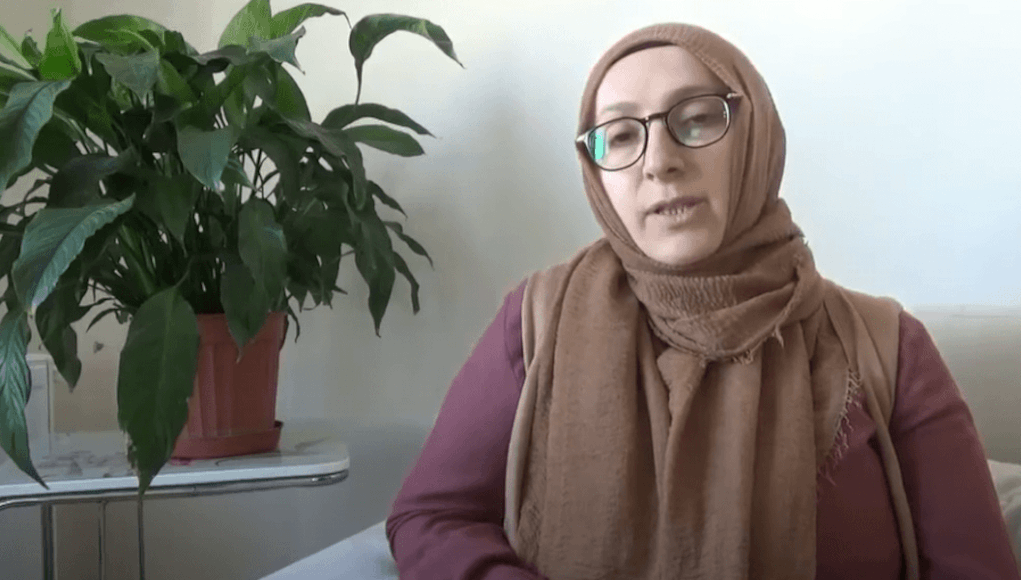 Menekşe Turen, a mother of two who became the sole financial provider of her family after her husband’s arrest, was detained on Tuesday in northeastern Trabzon province on accusations of financially aiding a terrorist organization, the Stockholm Center for Freedom reported, citing Bold Medya.

Turen was a public servant working for the Turkish Post Directorate General until she was dismissed by a government decree in 2019. Her husband was arrested in September 2016 for alleged links to the Gülen movement. Since her dismissal Turen has provided for her children by selling homemade tomato sauce.

Turen was accused of being in communication with other former public servants, many of whom had to sell homemade products to make a living, and of buying products from them and therefore financially aiding terrorism.

Turkish President Recep Tayyip Erdoğan has been targeting followers of the Gülen movement, inspired by Islamic preacher Fethullah Gülen, since the corruption investigations of Dec. 17-25, 2013, which implicated then-prime minister Erdoğan, his family members and his inner circle.

Dismissing the investigations as a Gülenist coup and conspiracy against his government, Erdoğan designated the movement as a terrorist organization and began to target its members. He intensified the crackdown on the movement following a coup attempt in 2016 that he accused Gülen of masterminding. Gülen and the movement strongly deny involvement in the abortive putsch or any terrorist activity.

Following the failed coup on July 15, 2016, the Turkish government declared a state of emergency and carried out a massive purge of state institutions under the pretext of an anti-coup fight. More than 130,000 public servants, including 4,156 judges and prosecutors, as well as 29,444 members of the armed forces, were summarily removed from their jobs for alleged membership in or relationships with “terrorist organizations” by emergency decree-laws subject to neither judicial nor parliamentary scrutiny.

The Justice for Victims Platform and Peoples’ Democratic Party (HDP) deputy Ömer Faruk Gergerlioğlu released a joint report in July 2020 which said that the two-year-long state of emergency declared after the coup in Turkey caused immense suffering among public servants who were dismissed from their jobs by the government as well as their families.

“The decree-law victims not only were removed from their jobs but also barred from seeking employment in the private sector and denied access to social security benefits,” said Gergerlioğlu.

The dismissed public servants lost 70 percent of their average monthly income, a circumstance that reduced them to dire financial straits, according to a survey conducted for the joint report.

According to the victims’ family members taking part in the survey, the biggest problem they have been facing is economic hardship (97.9 percent) followed by psychological problems (88.6 percent), loss of social prestige and social exclusion (83.7 percent), disintegration of social circles (83.1 percent), unemployment/lack of employment (80.4 percent) and lack of social security (73.2 percent), respectively.