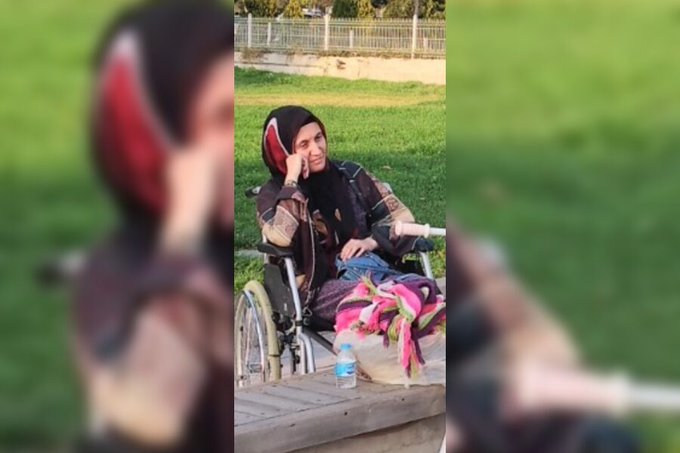 A hospital in the Turkish capital of Ankara has issued a report saying a wheelchair-bound woman who has been suffering from multiple sclerosis for 14 years and was sent to prison earlier this month due to her affiliation with the faith-based Gülen movement is fit to remain in prison, an opposition lawmaker has announced.

Peoples’ Democratic Party (HDP) deputy and human rights activist Ömer Faruk Gergerlioğlu, who brought the situation of Mehtap Şentürk to the public attention following her arrest in early March, tweeted on Friday that Şentürk, who is disabled, suffers from multiple sclerosis, is unable to use her arms and has to wear a diaper, has been issued a medical report that says that she is fit to remain in prison.

The lawmaker also posted a copy of the medical report issued by the Başkent University Ankara Hospital on Şentürk’s condition.

Şentürk, a science teacher, was sent to Sincan Prison in Ankara after the Supreme Court of Appeals upheld a prison sentence of seven years on charges of terrorist organization membership due to her links to the Gülen movement.

Gergerlioğlu called on everyone to do their best to ensure the release of the woman from prison as in the case of Ayşe Özdoğan, an end-stage cancer patient who was also jailed over alleged Gülen links but had to be released amid public outrage.

Özdoğan, a former teacher who was handed down a nine-year, four-month sentence for alleged links to the Gülen movement, was released from prison in November after spending 56 days there despite hospital reports recommending her release.

Turkish President Recep Tayyip Erdoğan has been targeting followers of the Gülen movement since the corruption investigations of Dec. 17-25, 2013, which implicated then-prime minister Erdoğan, his family members and his inner circle.

Dismissing the investigations as a Gülenist coup and conspiracy against his government, Erdoğan designated the movement as a terrorist organization and began to target its members. Erdoğan intensified the crackdown on the movement following the coup attempt.