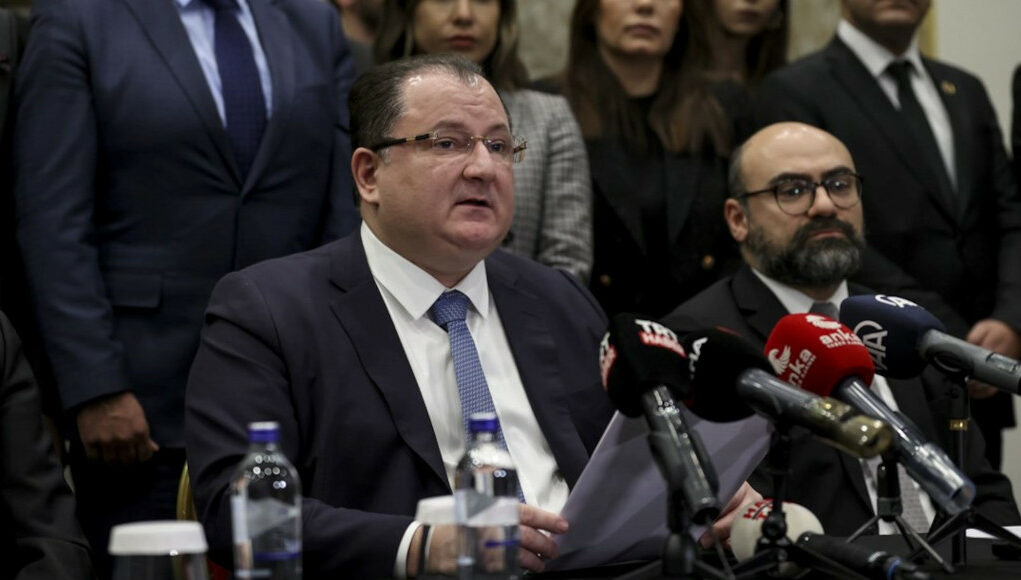 Ankara Bar Association President Kemal Koranel, who refused to publish a report by the bar’s human rights committee on allegations of torture made by detainees held at a police detention center in January, has resigned, the Stockholm Center for Freedom reported, citing the TR724 news website.

The report was presented by the committee to the management of the Ankara Bar Association, who decided not to publish it. Several lawyers and the head of the committee resigned in February in protest following the bar’s decision.

Not expressing a dissenting opinion about the decision was a mistake, Koranel said in a written statement on social media.

The lawyers who resigned earlier said the bar administration had also censored the committee’s statements on the Saturday Mothers case, the health of former Peoples’ Democratic Party (HDP) deputy Aysel Tuğluk in prison, European Court of Human Rights (ECtHR) judgments on human rights violations in the country and the imprisonment of former military cadets.

While Koranel dismissed such allegations at the time, the lawyers said the problems began after Koranel’s election in December as the bar’s new president.

People who were detained due to alleged links to the Gülen movement, a faith-based group inspired by Turkish Muslim cleric Fethullah Gülen, were subjected to torture at a police detention center in Ankara, according to a report by the TR724 news website on January 25.

TR724 said 300 people were detained in January in police raids across Turkey as part of investigations overseen by the Ankara Chief Public Prosecutor’s Office.

Ömer Faruk Gergerlioğlu, a human rights advocate and deputy for the pro-Kurdish Peoples’ Democratic Party (HDP), on February 10 tweeted that he had “finally” been able to read the report drafted by the Ankara Bar Association lawyers.

“It [the report] has everything: insults, swearing at the detainees, humiliating and battering them and threatening them with sexual torture. The document has the quality of an international report. So why is this report still not published and why were no criminal complaints filed [on the allegations of torture in it]?” the lawmaker said.