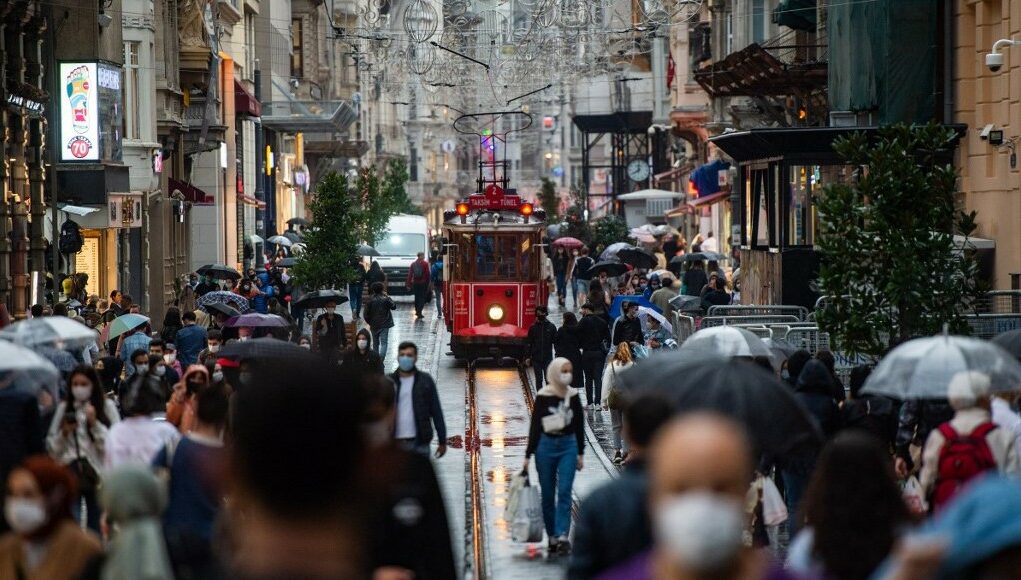 Turkey has been ranked 112th in the World Happiness Report 2022, in which Nordic countries again secured the top spots, in a world beset by the COVID-19 pandemic, economic woes and war, Euronews reported on Friday.

The report, the latest edition of which was released on Friday, two days before the International Day of Happiness, is issued annually by the UN’s Sustainable Development Solutions Network.

It ranks 150 countries (146 in 2022) on factors such as personal sense of well-being, levels of GDP, life expectancy, and the like. The list, which is in its 10th year, assigns a score on a scale of 0-10, based on an average of data over a three-year-period.

The COVID-19 pandemic as well as the how people got through it were the primary factors defining the “happiness” of people in 2021, according to the initiative, which uses global survey data to report on how people evaluate their own lives.

While Nordic nations are the happiest in the world according to the results of the 10th edition of the World Happiness Report, things do not bode well for Turkey, where the rising cost of living has become a major source of public discontent as Turks have been shaken by the highest inflation over the past two decades, 54.4 percent in February.

As the Turkish lira lost 44 percent of its value against the dollar in 2021, Turks have seen a sharp decline in their purchasing power, and protests are taking place across the country against the high cost of living and energy bills.

“Past reports have looked at the links between people’s trust in government and institutions with happiness. The findings demonstrate that communities with high levels of trust are happier and more resilient in the face of a wide range of crises,” said the authors in Friday’s press release.

Over the past several years, Turkey has been suffering from backsliding in its economy, with high inflation and unemployment as well as a poor human rights record.

President Recep Tayyip Erdoğan is criticized for mishandling the economy, emptying the state’s coffers and establishing one-man rule in the country where dissent is suppressed and opponents are jailed on politically motivated charges.

Last month Fitch Ratings downgraded Turkey’s Long-Term Foreign Currency Issuer Default Rating (IDR) to “B+” from “BB-” with a negative outlook, citing high inflation and a lack of confidence in policymakers to turn the tide.

Although inflation is rising across the world, thanks in part to easy money policies adopted to cushion the blow of the COVID-19 pandemic, Turkey’s problems are dramatically more acute because of Erdoğan’s unorthodox economic approach.

Finland tops the chart, followed by Denmark, Iceland, Switzerland and the Netherlands, while war-torn Afghanistan was in the lowest spot.

According to the authors, every year the World Happiness Report “compiles data from the previous three years of surveys to increase the sample size and allow for more accuracy.”

“The availability of fifteen years of data covering more than 150 countries provides a unique stock-taking opportunity. The three biggest gains were in Serbia, Bulgaria, and Romania. The biggest losses were in Lebanon, Venezuela, and Afghanistan,” they said.