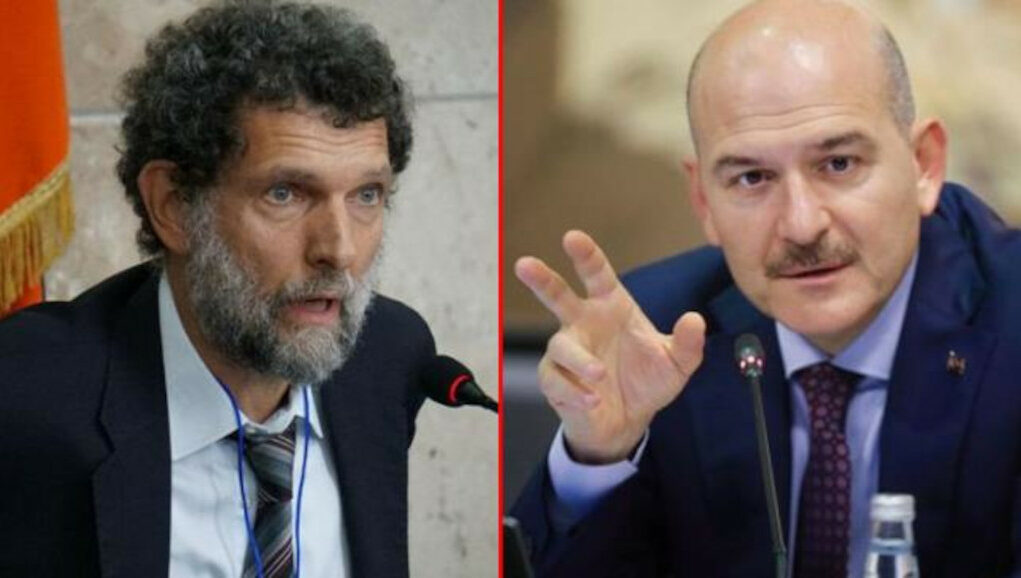 People who are seeking the release of prominent businessman and philanthropist Osman Kavala are behind the killings of children in Ukraine, Turkish Interior Minister Süleyman Soylu has claimed, the Stockholm Center for Freedom reported.

“[George] Soros is responsible for all children killed in wars. … Soros supporters [in Turkey] are also those who follow Kavala. People who want Kavala to be released are also behind the killings of children in Ukraine and Syria… Soros is the man responsible for the situation in Ukraine,” Soylu said in an interview with the pro-government Sabah daily.

Turkish President Recep Tayyip Erdoğan has often compared Kavala to Hungarian-born US financier and pro-democracy campaigner George Soros and repeatedly accused Kavala of being an agent of Soros.

The 64-year-old civil society leader, who has been kept in jail since 2017 without conviction of any crime, is accused of financing 2013 anti-government protests and playing a role in a 2016 coup attempt. If convicted, he could be jailed for life without the possibility of parole.

Turkey refuses to release Kavala despite a binding judgment of the European Court of Human Rights (ECtHR) in December 2019 finding that his detention for allegedly directing and financing the Gezi Park protests of 2013 and for alleged involvement in the failed coup of July 2016 was in pursuance of an “ulterior motive,” that of silencing him as a human rights defender.

The Council of Europe’s (CoE) Committee of Ministers on February 1 decided to take action against Turkey due to the philanthropist’s continued imprisonment and ordered that the case be submitted to the ECtHR for review, officially beginning an infringement procedure against Turkey.

The İstanbul 13th High Criminal Court made its decision with a majority of votes despite the CoE decision to start infringement proceedings against Turkey.

Kavala has become a symbol to his supporters of the sweeping crackdown President Erdoğan unleashed after the failed coup.

In October 2021 the ambassadors of 10 countries, including the US, Germany and France, demanded Kavala’s immediate release in line with the 2019 ECtHR ruling. President Erdoğan threatened to expel the envoys before backing down.