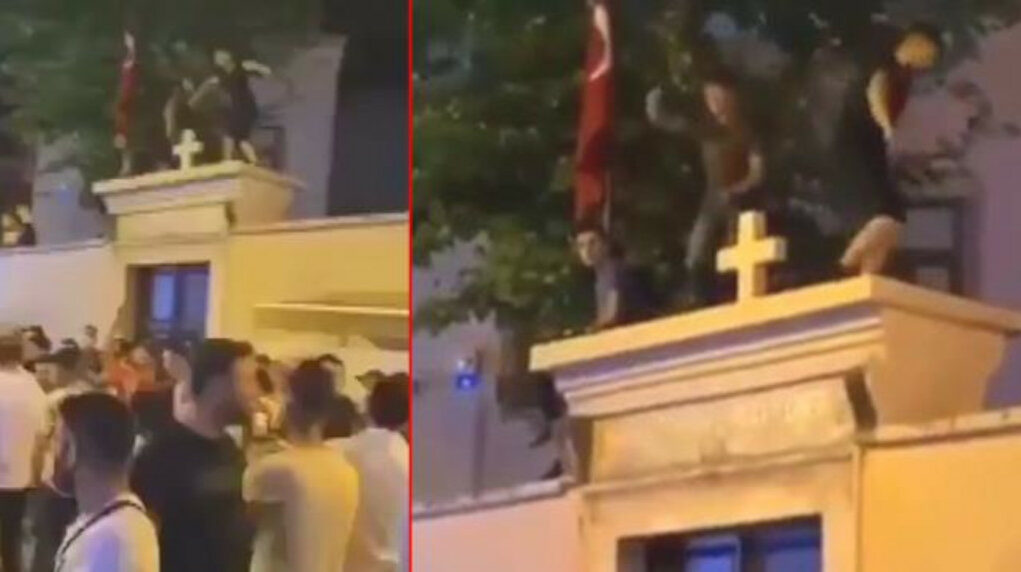 A Turkish court has acquitted three people who in July danced on the gate of an Armenian church in İstanbul, the Stockholm Center for Freedom reported, citing the Duvar news website.

The incident, which took place at the Surp Takavor Church in Kadıköy, sparked outrage at the time among Turkey’s Armenian community and Armenian activists.

An Istanbul prosecutor in an indictment demanded a sentence of up to one year for them, but the court ruling said the three people did not act with criminal intent.

Three people were temporarily detained on July 12 after videos circulating on social media showed them dancing on the church’s gate.

The İstanbul Governor’s Office in a statement condemned the incident, saying an investigation had been launched.

The incident was also slammed by members of the Armenian and Christian communities in Turkey.

In July Peoples’ Democratic Party’s (HDP) lawmaker Garo Paylan, who is of Armenian origin, had called on the Interior Ministry to take action. “I condemn the people who acted irreverently at our church in Kadıköy and those who allowed this to happen. The Interior Ministry must immediately launch an investigation into the police officers who were stationed there,” Paylan tweeted.