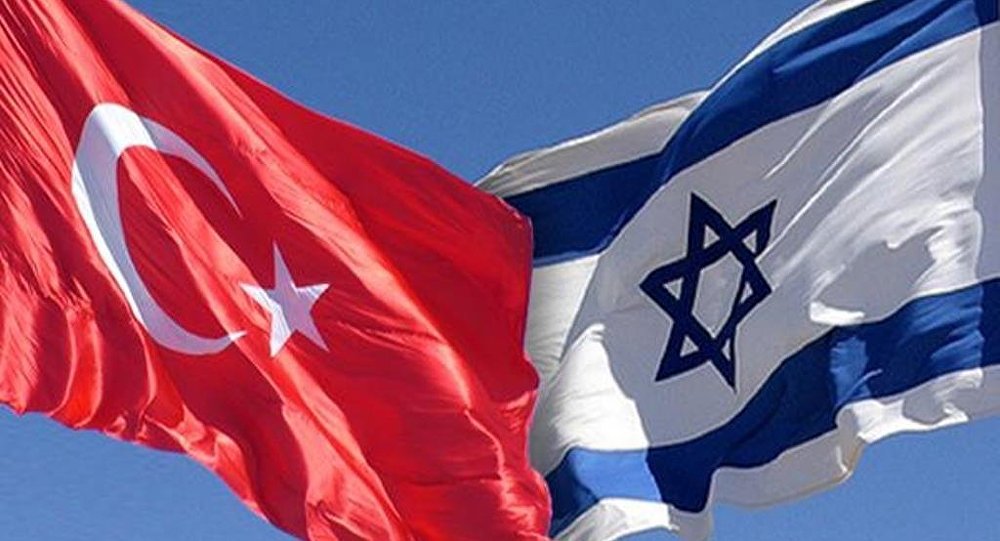 After more than a decade of tensions, Israel is taking steps to mend fences with Turkey, one of several majority Muslim countries with which it has sought a recent rapprochement.

Israel was a long-time regional ally of Turkey, before a 2010 commando raid on a Gaza-bound aid flotilla left 10 Turkish activists dead.

Here are the key ups and downs, as Israeli President Isaac Herzog visits Turkey this week:

In 1996 Israel and Turkey sign a “strategic partnership,” under which their air forces can train in each other’s airspace.

The accord, which is followed by several arms cooperation agreements, is strongly criticized by several Arab nations and Iran.

Relations take a downward turn when then-Turkish prime minister Recep Tayyip Erdoğan walks out of the World Economic Forum in Davos in January 2009 in protest of Israel’s massive offensive in Gaza against the Palestinian Islamist movement Hamas.

The 22-day operation cost the lives of 1,440 Palestinians and 13 Israelis.

A full-blown crisis erupts in May 2010, when Israeli commandos stage a botched pre-dawn raid on the Mavi Marmara ship, part of a flotilla trying to ferry aid to the Gaza Strip in defiance of a naval blockade.

Ankara recalls its ambassador and scales down economic and defense ties with Israel.

In March 2013, under pressure from US president Barack Obama, Israeli prime minister Benjamin Netanyahu apologizes to Turkey and announces compensation for the families of those killed. Erdoğan accepts the apology.

In July 2014, however, he nonetheless keeps up the furious rhetoric, accusing Israel of “keeping Hitler’s spirit alive” over a major offensive in Gaza.

Israel and Turkey formalize the normalization process in June 2016 after six years of estrangement. The agreement provides Turkey with $20 million (nearly 18 million euros) in compensation.

In December 2017, Erdoğan, by now president, leads Muslim opposition to US president Donald Trump’s plans to transfer the US Embassy from Tel Aviv to Jerusalem and to recognize the disputed city as Israel’s capital.

On the day the new embassy is opened in Jerusalem, on May 14, 2018, Erdoğan accuses Israel of “state terrorism” and “genocide” after dozens of Palestinians are killed by Israeli rockets.

Both countries recall their ambassadors.

Relations continue to sour, particularly after a controversial law passed by the Israeli parliament in July which defines the country as the nation state of the Jewish people.

Arab Israelis — Palestinians who stayed on their land following the Jewish state’s creation in 1948, and their descendants — make up about 20 percent of the country’s roughly 9 million people.

In November 2021 Erdoğan holds telephone talks with Israeli President Herzog and Israeli Prime Minister Naftali Bennett, the first such discussions between the Turkish strongman and an Israeli leader since 2013.

Erdoğan declares that Turkey is considering “gradual” reconciliation with Israel.

In January 2022 he announces that Turkey is ready to cooperate with Israel on a gas pipeline project in the eastern Mediterranean.