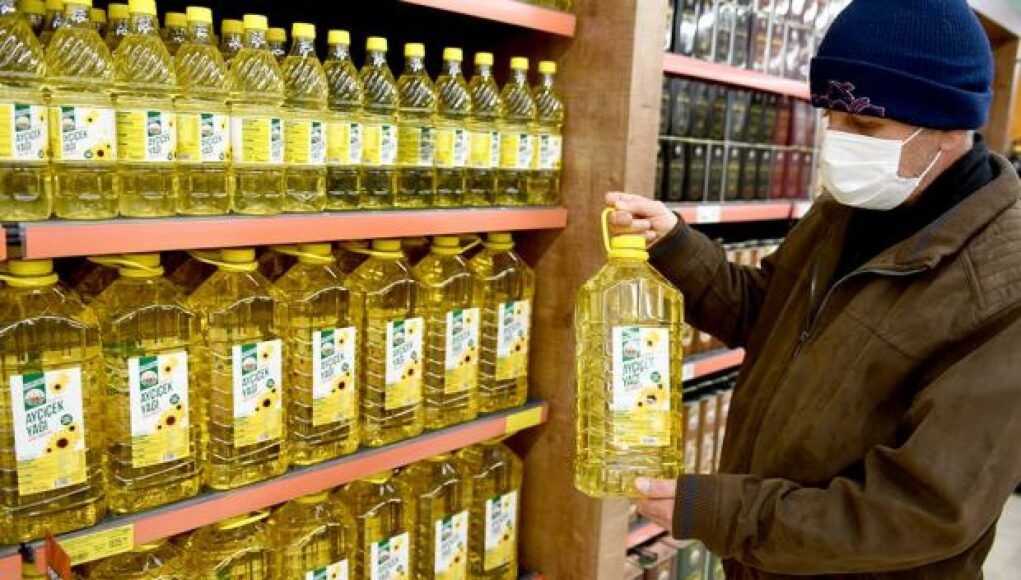 The investigations came shortly after Interior Minister Süleyman Soylu warned over the weekend that action will be taken against those “who provoke people to go to the supermarket out of fear that this or that product will no longer be available.”

A written statement from the Security Directorate General said the department of cyber crime is carrying out online surveillance round the clock and that 45 Twitter accounts are currently being investigated due to their posts about the price of cooking oil.

Videos circulated on social media over the weekend showed people pushing each other in supermarkets to grab cans of cooking oil out of fear that the price would increase or that the supply would run out.

A five-liter can of sunflower oil sells for TL 300 (around $21) in Turkey, where minimum wage earners have a monthly salary of TL 4,250 lira ($296). Official data show that 42 percent of workers in Turkey earn the minimum wage.

Finance Minister Nureddin Nebati sought to ease public concerns about the availability of sunflower oil, saying on Monday that Turkey has enough stock to last until July even if it does not import any more.

In the meantime, the head of Turkey’s Radio and Television Supreme Council (RTÜK), Ebubekir Şahin, warned TV stations on Monday against broadcasting speculative comments or news reports about food prices, saying that the necessary action will be taken against those broadcasting misleading reports that cause panic among the people. Şahin also called on media outlets to heed the statements of public agencies or officials.

Turks are already suffering from high inflation, which reached a two-decade high of 54.4 percent in February, making the rising cost of living a major source of public discontent in Turkey.

Russia’s invasion of Ukraine, which began on Feb. 24, has led to even wider concerns about access to essential foods as Turkey relies heavily on Russia and Ukraine for its agricultural imports. A ton of sunflower oil has risen from $1,400 to over $2,000 since the outbreak of the war.

Opposition parties accuse the ruling Justice and Development Party (AKP), which has been in power since 2002, of dropping Turkey’s agricultural production and making the country become entirely dependent on agricultural imports.