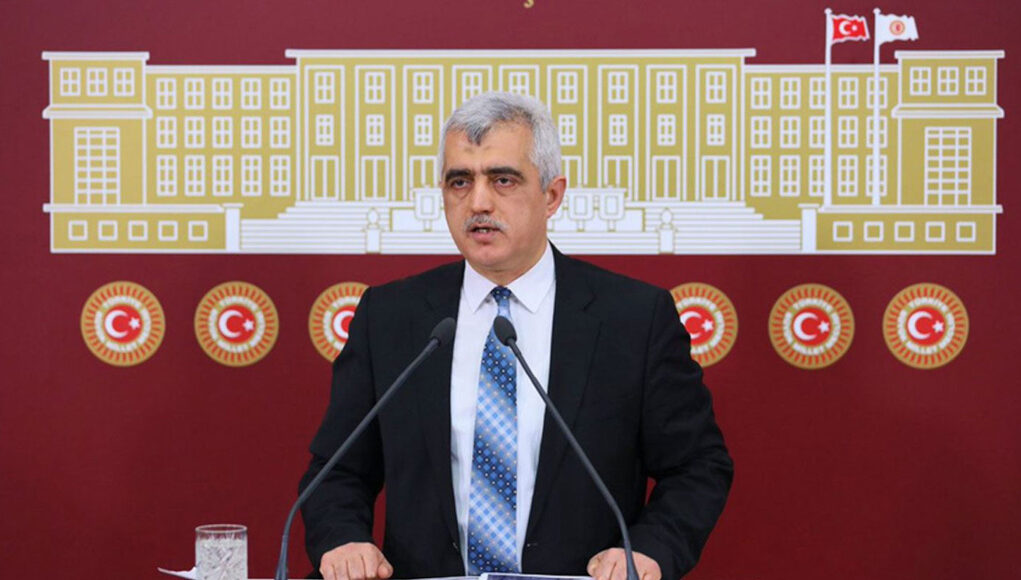 Ömer Faruk Gergerlioğlu, a lawmaker from the pro-Kurdish Peoples’ Democratic Party (HDP) and a prominent defender of human rights, has been prevented from leaving Turkey due to a travel ban in place despite his parliamentary immunity, the Kronos news website reported on Friday.

Gergerlioğlu was planning to attend the “Democracy and Freedom Conference,” organized by the Alliance of Democracy and scheduled to take place March 5-6 in Berlin.

Gergerlioğlu was told by the authorities that due to the existence of a travel ban on him he can’t travel abroad.

“I was shockingly prevented from traveling abroad! Beware everyone! A lawmaker from the Turkish parliament has been prevented from going overseas, in violation of the constitution, to attend a political conference. This was done despite my parliamentary immunity,” Gergerlioğlu tweeted on Friday.

Gergerlioğlu was stripped of his status in parliament on March 17, 2021 after conviction of disseminating “terrorist” propaganda in a 2016 social media post, where he commented on a story that reported on outlawed Kurdish militants calling on the Turkish state to take a step towards peace.

Gergerlioğlu was released from Ankara’s Sincan Prison following a decision from Turkey’s Constitutional Court in July 2021 which ruled that his right to stand for election and engage in political activities as well as his right to liberty and security were violated through his imprisonment.

Gergerlioğlu recalled that the travel ban had been imposed on him when he was imprisoned but that the court had failed to lift it following the Constitutional Court’s decision.

In a video attached his tweet, Gergerlioğlu said he bought a ticket to go to Germany for the conference but later learned an investigation into him was underway.

“I am a lawmaker; no investigation of me can be conducted, but a travel ban has been imposed anyhow. I have filed an objection to the ban, but the Ankara 2nd Magistrate Court didn’t lift it,” he said.

Gergerlioğlu noted that he was not informed of the decision in advance and he learned of it after he bought the ticket.

“This is a great injustice …. They are trying to prevent both me and my party from engaging in politics,” he said.

A medical doctor by profession, Gergerlioğlu served first as a provincial chair and later as director general of human rights group MAZLUMDER. He was elected to parliament in 2018 from the HDP and served on parliament’s Human Rights Committee.

The 55-year-old politician has shone a light on controversial topics including torture and strip-searches in Turkey’s prisons and detention centers.

The AKP government accuses the HDP of having links to the outlawed Kurdistan Workers’ Party (PKK), listed as a terrorist organization by Turkey and its western allies. The party denies the government’s claim and says it is working to achieve a peaceful solution to Turkey’s Kurdish problem. Hundreds of HDP politicians, including the party’s former co-chairs, are behind bars on terrorism charges.