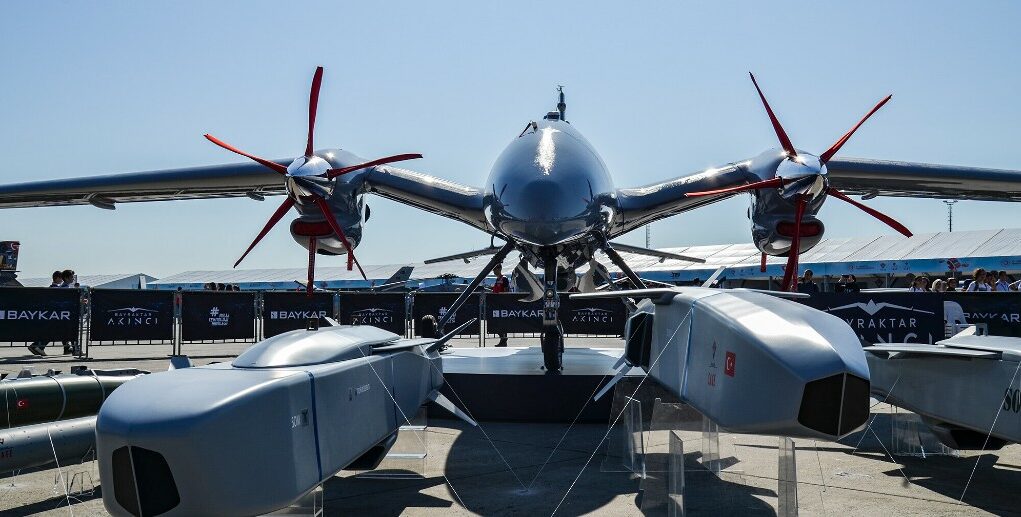 Bayraktar on Wednesday said in a tweet that Bayraktar Akıncı B, “the most powerful and combat-capable armed unmanned aerial vehicle in its class in the world,” successfully completed its maiden flight.

A short video of the flight, posted on social media by Bayraktar, attracted attention for its background music, associated with Turkey’s popular ultranationalist TV series “Valley of the Wolves” (Kurtlar Vadisi).

Featuring an undercover Turkish agent who became a mafia leader fighting evil characters, the script of the show was criticized by many for having anti-Christian and anti-Semitic themes and revolving around plots aimed at fanning xenophobia in Turkey.

Baykar’s Bayraktar TB2 unmanned aerial vehicles, which have a proven track record in conflicts in Libya, Syria and Nagorno-Karabakh, have also been deployed by Ukrainian forces against Russian troops since Moscow launched its military operation on Feb. 24.

According to the Baykar website, the TB2s, which are 39 feet long with a wingspan of 21 feet and an operational altitude of 18,000 feet, can fly up to 138 miles per hour and can carry four smart munitions, or up to 330 pounds.

Turkey has sold more than 20 of them to Kyiv over the course of two years. Some experts believe the number of TB2s in the Ukrainian arsenal could be even higher.

Lt. Gen. Mykola Oleshchuk, the chief of Ukraine’s Air Force, had confirmed in a Facebook post that they used “life-giving” TB2 drones.