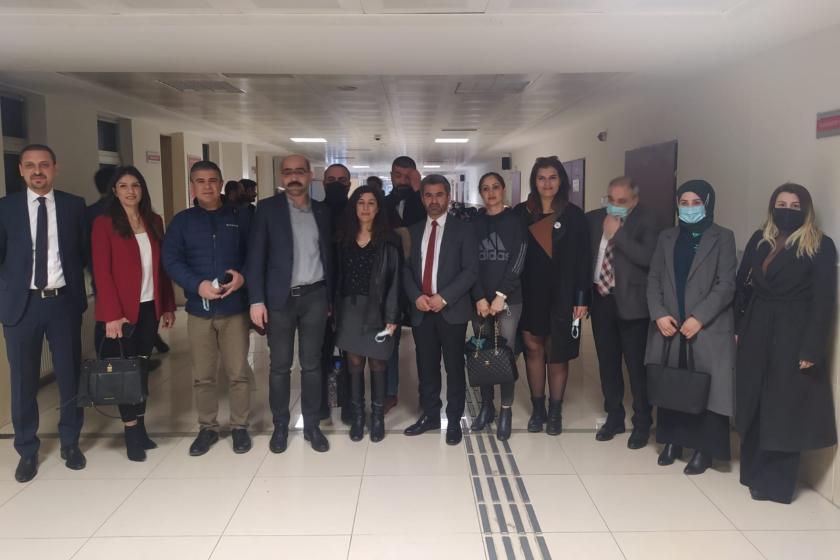 A Turkish court has acquitted current and former administrators of the Diyarbakır Bar Association who stood trial over references to the “Armenian genocide” and “Kurdistan,” the pro-Kurdish Mezopotamya news agency (MA) reported on Monday.

They were charged with insulting the Turkish nation and inciting hatred and hostility among the people.

The nine defendants acquitted by the Diyarbakır 13th High Criminal Court included Diyarbakır Bar Association President Nahit Eren and the association’s former president, Ahmet Özmen, MA said, adding that the charges were based on reports and statements released by the association between 2016 and 2018.

According to Mezopotamya, in two of those reports, which were issued on April 24, 2017 and April 24, 2018, the association used the term “genocide” when referring to the mass killings of Armenians at the hands of the Ottoman Empire in 1915-1916.

Armenians — supported by historians and scholars — say 1.5 million of their people died in a genocide committed under the Ottoman Empire during World War I.

Turkey accepts that both Armenians and Turks died in huge numbers as Ottoman forces fought czarist Russia but vehemently denies a deliberate policy of genocide and notes that the term had not been legally defined at the time.

In one of the statements the association condemned the temporary suspension from parliament of Osman Baydemir, a former lawmaker for the pro-Kurdish Peoples’ Democratic Party (HDP), for using the word “Kurdistan” during a speech in parliament.

The statement released on Dec. 18, 2017 was titled “Punishing [use of the] expression Kurdistan is shameful, unacceptable!” Mezopotamya said.

The decision would seem to indicate that using the words “Armenian genocide” and “Kurdistan” does not constitute a crime.

The Turkish bureaucracy and the public remain overly sensitive to the word “Kurdistan” and the tri-colored Kurdistan flag, which in some cases have been associated with “treason and terrorism” linked to the outlawed Kurdistan Workers’ Party (PKK), listed as a terrorist organization by Turkey, the US and the EU.

More than 40,000 people, including 5,500 security force members, have been killed in four decades of fighting between the Turkish state and the PKK.

The websites of Turkey’s Presidency and Ministry of Foreign Affairs as well as the state-run Anadolu news agency refer to the Kurdistan Regional Government (KRG) in northern Iraq as Kurdistan.