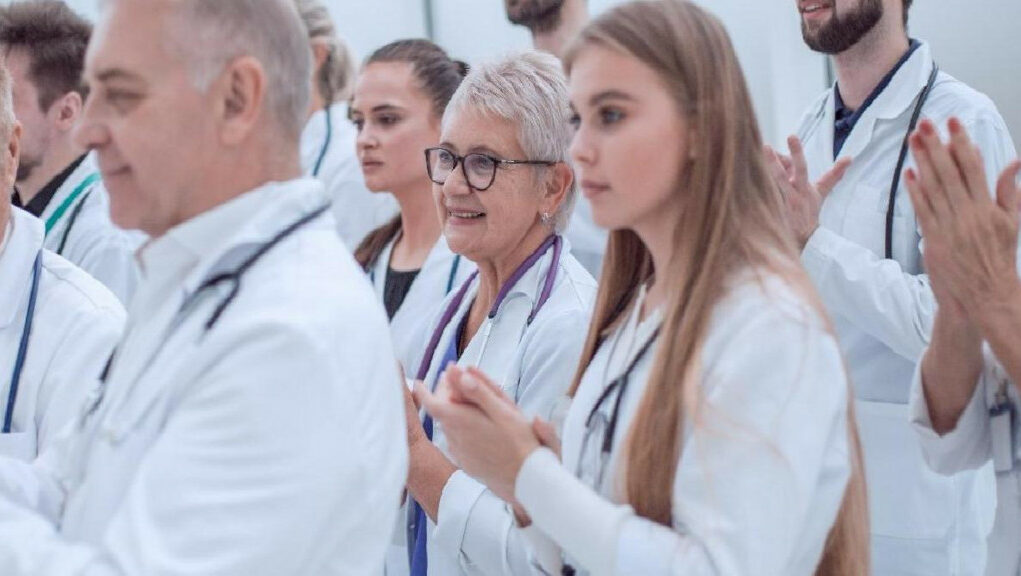 Physicians and healthcare workers who are members of Turkey’s leading healthcare unions went on a one-day strike on Tuesday to protest grueling work hours, low pay, mobbing and violence, among other problems they are currently facing, the Birgün daily reported.

The strike was staged by the Turkish Medical Association (TTB) and the Health and Social Service Employees Union (SES) in İstanbul, İzmir, Aydın, Muğla, Ankara and Antalya.

All services except emergency care were halted on Tuesday at healthcare facilities where union members work. The workers called on Turks not to go to hospitals except for emergencies on Tuesday to support their strike.

Healthcare professionals mainly complain about low wages, poor working conditions, the commercialization of healthcare and the ruling Justice and Development Party’s (AKP) efforts to undermine peace in the workplace.

The worsening economy and soaring inflation in the country reduced some doctors’ salaries close to minimum wage, while long shifts caused an assistant doctor to die last fall after she plowed her car into the back of a truck.

According to the TTB, more than 13,000 health professionals lodged complaints that they had been subjected to violence at work in 2020.

Among the demands of the TTB are a wage increase of at least 150 percent, the abolishment of abject working conditions in healthcare facilities and an end to eschewing merit-based assignments and precarious employment in private healthcare institutions, Birgün said.

Pınar Saip, chair of the İstanbul Chamber of Physicians (İTO), said they were ready to stage a long strike in the event their demands weren’t met.

“… Health is no longer a right [in Turkey], but a commodity that can be bought and sold. Due to a profit-oriented health system, the labor of physicians has been cheapened, working conditions have deteriorated and an increasing [number of] problems have emerged in access to healthcare,” İzmir Chamber of Physicians Chairperson Dr. Lütfi Çamlı said in a press statement.

Çamlı added that in addition to the recent increase in resignations and early retirements among physicians, applications by young doctors to practice abroad had also increased, with the number of physicians quitting to work overseas increasing 24-fold over the past decade.

The New York Times on Monday said in a report, citing data from TTB, that more than 1,400 Turkish doctors left the country to work abroad in 2021, and 4,000 within the past 10 years.

Many more are preparing applications and have requested certificates of good standing from the organization, according to the NYT report.

The doctors’ departures are a sad indictment of President Recep Tayyip Erdoğan, who burnished his own reputation by expanding universal health care over his 18 years in power, the NYT said, adding that it was one of his signature achievements.

But the strains of those overhauls wrought by Erdoğan, in addition to those brought by the pandemic — and now galloping inflation — have undermined the very professionals on whom the health system depends, the Times said.

Erdoğan and Dr. Fahrettin Koca, Turkey’s health minister, have both acknowledged the problem of Turkey’s brain drain but have offered little practical respite. “Don’t forget, our physicians are the best-trained physicians, and the richest countries have their eyes on them,” Koca told parliament in a speech in December.