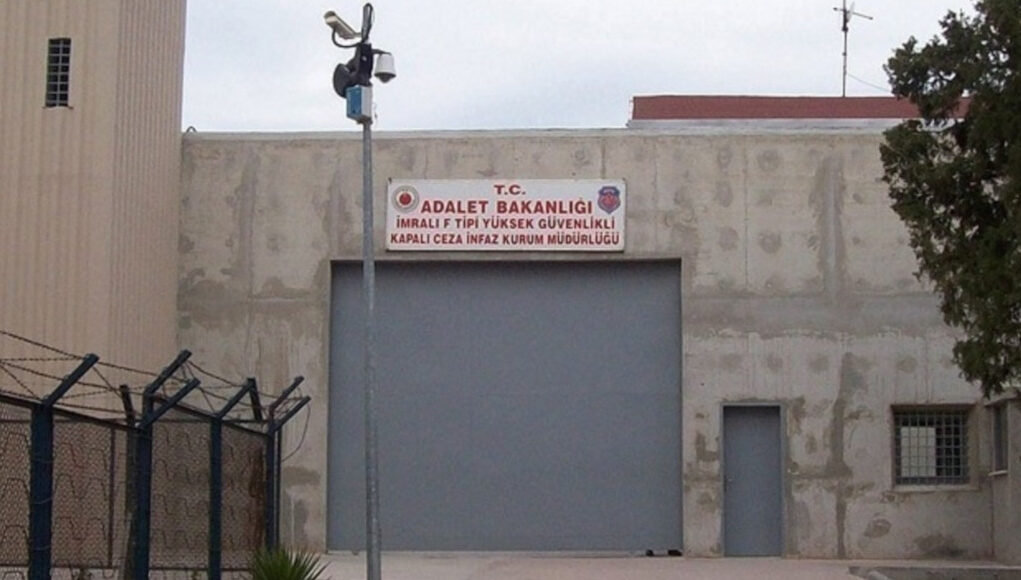 Turkey’s Constitutional Court has rejected an application for an interim ruling filed by lawyers for the jailed leader of the outlawed Kurdistan Workers’ Party (PKK) and three other inmates, none of whom have been allowed contact with their lawyers or families for almost a year, the Mezopotamya news agency reported on Thursday.

Lawyers from the İstanbul-based Asrın law firm had filed an application with the Constitutional Court on Dec. 24 requesting an interim ruling, stating that they had been unable to contact their clients — PKK leader Abdullah Öcalan, Ömer Hayri Konar, Hamili Yıldırım and Veysi Aktaş — for about 10 months.

Öcalan has been jailed in a high-security prison on İmralı Island in the Sea of Marmara since 1999.

The court made a decision on the application on Jan. 12 and communicated it to the lawyers on Jan. 31.

In its decision the court noted that “the applicants have access to healthcare services” and that “there is no serious danger to their lives or physical or spiritual integrity,” adding that “they are prohibited from meeting with their visitors and lawyers.”

The lawyers had resorted to the request for an interim ruling as defined in Article 73 of the court’s internal regulations, arguing that they had been unable to contact Öcalan since a phone conversation on March 25.

“The lives of the applicants who have not been able to be contacted since March 25, 2021 are potentially at risk. The extended periods of absolute isolation to which they were subjected to as well as their advanced age health status threaten their physical and spiritual integrity. The risk is further exacerbated by a lack of audit mechanisms and effective remedies,” the lawyers indicated in their application.

According to Article 73 of the court’s internal regulations, an interim ruling, referred to as a “cautionary judgment,” may be requested when “there is a serious danger towards the life or physical or spiritual integrity of the applicant.”

The Constitutional Court has not made a decision yet regarding the merits of the main application.

The PKK, which has been waging a bloody war in Turkey’s Southeast since 1984, is listed as a terrorist organization by Turkey, the EU and the US. More than 40,000 people, including 5,500 security force members, have been killed in four decades of fighting between the Turkish state and the PKK.

In May 2019 Öcalan’s lawyers had been allowed for the first time since 2011 to visit the jailed PKK leader at a time when hundreds of Kurdish prisoners were on a hunger strike to end what they said was the “isolation” imposed on the PKK leader.