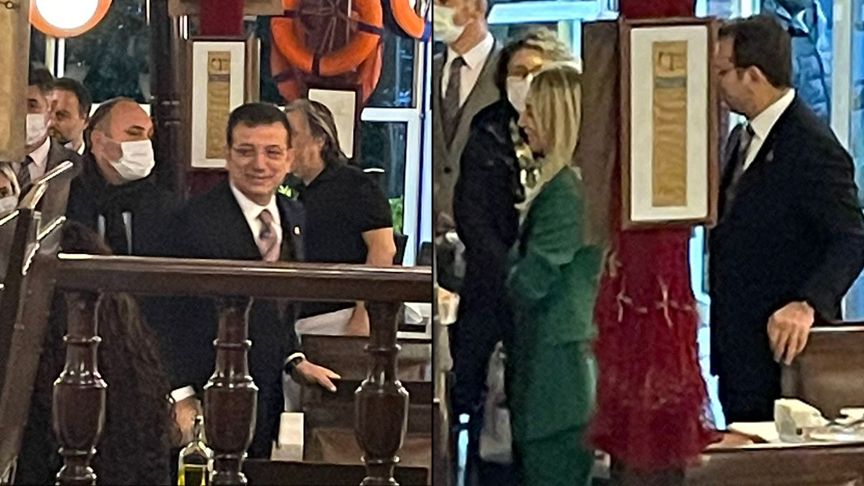 İstanbul Mayor Ekrem İmamoğlu has said he filed a complaint with a prosecutor after footage of him arriving at a restaurant in an official car on Jan. 24 was portrayed by pro-government circles as his failure to do his job as mayor since the city was paralyzed by heavy snow that day.

The mayor, from the main opposition Republican People’s Party (CHP), on Friday told journalist İsmail Küçükkaya during a program on FOX TV that the the government is responsible for finding out who leaked the video, calling on the İstanbul Public Prosecutor’s Office to take action.

“I’ll defend my rights to the end,” İmamoğlu said, adding that President Recep Tayyip Erdoğan should make sure that those responsible for the release of the footage be found and held to account.

The footage of the mayor was recorded by the MOBESE system, which has a vast network of CCTV cameras spanning cities and towns across Turkey, with the city of İstanbul alone monitored by some 21,000 cameras.

The footage was released by the pro-government media, which, along with some members of the ruling Justice and Development Party (AKP), criticized İmamoğlu for taking the time to have dinner with Dominick Chilcott, the UK ambassador to Turkey, while life in İstanbul ground to a halt, with thousands of people stranded on the roads due to heavy snowfall blanketing the city.

Sözcü daily columnist Aytunç Erkin on Friday said in an article that İmamoğlu filed the complaint against two reporters with access to the MOBESE system from the pro-government Milat and Yeni Şafak dailies who are suspected of releasing the footage.

The mayor, via his lawyers, asked the İstanbul Governor’s Office and the İstanbul Police Department the purpose of sharing the footage and with whom it had been shared.

İmamoğlu ended the years-long rule of the ruling AKP in İstanbul by defeating the party’s candidate in the 2019 local elections.

In addition to frequently being subjected to criticism by AKP politicians and pro-government media outlets, İmamoğlu is also the target of judicial harassment. Earlier this month he appeared in court on charges of insulting election officials in 2019.

“Until now, we [the İstanbul Municipality] have worked in coordination with our state and district municipalities, and we will continue to do so. While the efforts of thousands of our employees are apparent, it is obvious why they [the AKP choose to] talk about my one-hour [dinner] break in the middle of a 19-hour shift. Our nation is well aware of this intolerance [of the AKP],” İmamoğlu recently said in a tweet after facing criticism.