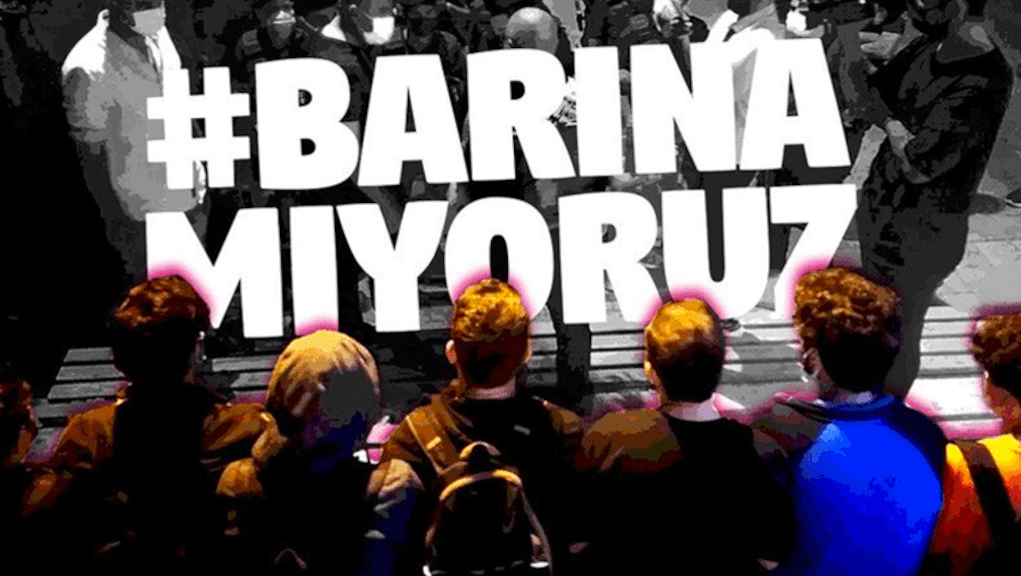 The Turkish Higher Education Credit and Hostels Institutions (KYK) has suspended the monthly loans of students who participated in nationwide demonstrations against student housing shortages, the Stockholm Center for Freedom reported, citing the Duvar news website.

Many families were sent notices by the KYK saying their children’s loans were suspended for violating the regulation on scholarships and loans. The regulation’s Article 11 stipulates that any benefits will be suspended if a student participates in terrorist activities or demonstrations in which they possess weapons or chant slogans.

A group of university students calling themselves the “We Can’t Shelter” movement staged their first vigil in Istanbul on September 19, sleeping outdoors in protest of high dormitory and rental prices. The protests then spread among university students in various cities.

President Recep Tayyip Erdoğan targeted the students during a press conference, saying the protestors “were lying” as there were enough dormitories all across the country.

“Lately, some people are protesting in parks by sleeping on benches, saying there is a student housing shortage. I’m going to be very frank: These people are not really students. These people are trying to start another Gezi Park protest,” he said.

The students said they had not participated in terrorism or violent demonstrations and that the KYK had taken their activities out of context. “We expressed our needs in a peaceful way that respects the law,” said Barış Demir, a student whose loan was suspended. “The KYK is trying to justify its actions by referring to terrorism.”

Another student, Yonca Fırat, said she found out her loan had been suspended when she tried to withdraw money from an ATM. Fırat made a phone call to the KYK only to find out she was under investigation for security reasons. “I was not even notified,” said Fırat. “I found out at the ATM.”

Fırat had been detained in September along with 35 other students for protesting housing shortages.

Buse Nur Karayiğit, a student in Istanbul, said students who were critical of government policies were being punished. “We are not terrorists, but students who have certain demands,” she said. “We need affordable dormitories, healthy food and good quality education. Despite government pressure, we will not stop making these demands.”

The students said they could barely make ends meet while receiving the loans and that their suspension had added to their financial difficulties.

Lawyer Siyabend Dunlayıcı said the government was trying to pressure students into silence. “None of the students are convicted of a crime, this means they are innocent and the suspension of their loans is unlawful,” she said. Dunlayıcı added that they would file a complaint with the administrative court.

The Ankara 23rd Administrative Court recently ruled that the suspension of a state-provided student loan due to a student’s attendance at a peaceful demonstration was illegal, setting a precedent for similar cases.

According to the court a loan can be cut only if the student was sentenced to at least six months in prison or suspended from school for at least one academic term.