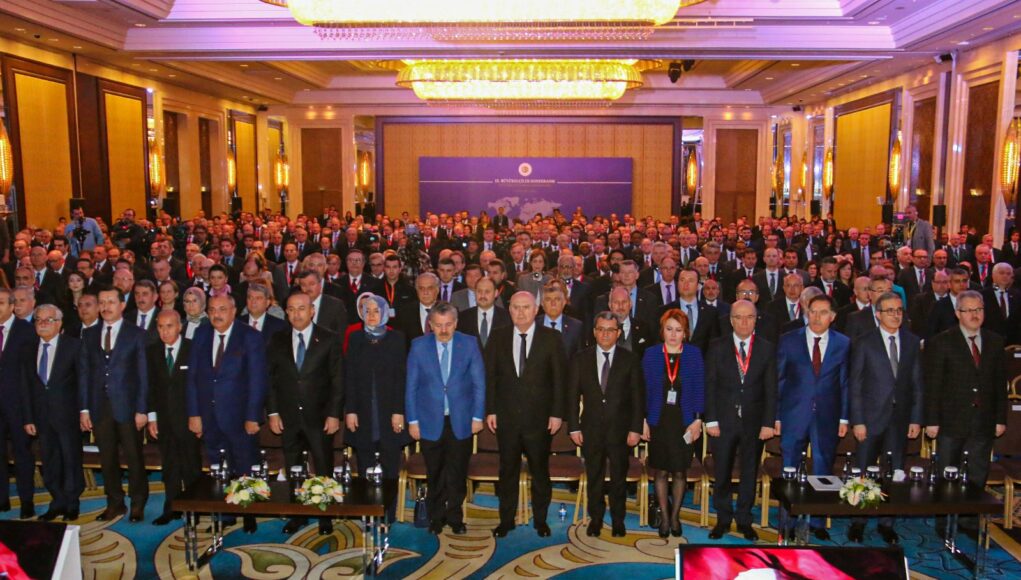 A report by the Brussels-based Institute for Diplomacy and Economy (INSTITUDE) on the 122 Turkish ambassadors currently serving at Turkish embassies has revealed that their language skills are “nowhere near to the satisfactory level” to understand even Turkey’s close neighbors and are partly responsible for failures of the country’s foreign policy.

According to the report, published on Jan. 17 and which includes information on the language skills of the 122 currently serving ambassadors gathered by economist and former Turkish diplomat Ömer Güler of INSTITUDE from Turkish embassy websites and open sources, only 48 of them can speak at least one of the official languages of the countries they are posted to.

“This figure may seem high, but it is misleading,” Güler says, explaining that in 39 out of those 48 countries, the official language is either English, French, German, Italian or Spanish, which are common among the corps diplomatique.

Güler says one of the countries among the nine where the official language is hard to learn is China and that there’s only one ambassador, not a career diplomat but a political appointee, who can speak Chinese, but at an intermediate, not professional, level.

According to the report, although ambassadors in Qatar, Sudan and Libya stated in their resumes that they could speak Arabic, those in Sudan and Libya are not at a professional level and all three of them are political appointees.

“It’s shocking to see that there is not any single career ambassador in the Turkish Foreign Service who can speak Arabic even at the elementary level,” Güler notes.

The dataset collected by Güler further shows that there are no ambassadors among the 122 who can speak Japanese, Korean, Urdu, Pashtun, Portuguese, Greek, Armenian or Hebrew, among other languages.

Güler concludes the report by saying that putting all the blame on Erdoğan for the many failures of Turkish foreign policy so far would be “too simplistic” and that the Turkish Foreign Ministry’s inability to draw a thorough picture of the current trends in international politics should also be noted.