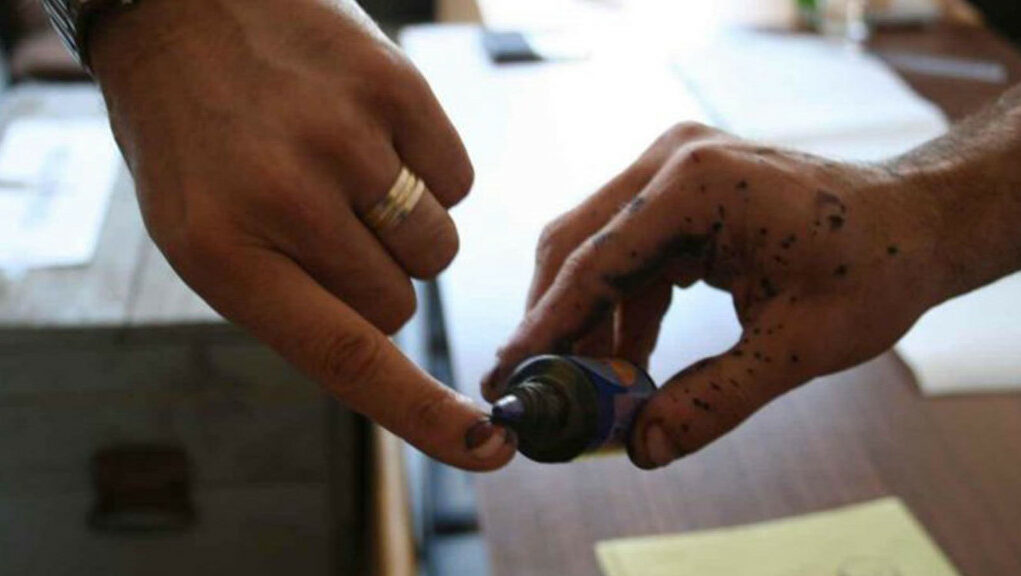 More than 75 percent of Turkish voters have said the fingers of people casting votes should be marked with semi-permanent ink to prevent repeat voting in elections, according to a survey conducted by the Ankara-based MetroPoll.

The results of the survey, titled “Turkey’s Pulse – January 2022,” shared Friday by the pollster on social media, revealed that Turkish voters are concerned about fraud in the 2023 elections.

When asked “Should the fingers of voters be marked with ink to prevent repeated voting in elections?” 75.3 percent of respondents said “yes,” while only 20.3 percent said “no,” with 4.4 percent not answering.

Opposition parties and politicians have been voicing concerns about electoral security in the face of increased risk of the next elections being rigged by the ruling Justice and Development Party (AKP), whose electoral support seems to be slipping.

Although the AKP garnered nationwide vote of 42.6 percent in the last general election, held in June 2018, recent surveys by Area Research and Yöneylem found that the main opposition Republican People’s Party (CHP) has left the AKP behind in terms of electoral support.

The survey revealed that even a majority of supporters of the AKP and the far-right Nationalist Movement Party (MHP), its ally, favored the use of electoral ink, with 66.1 percent of AKP voters and 62.2 percent of MHP voters approving of its use.

Support for the use of semi-permanent ink was the highest among voters of the nationalist İYİ (Good) Party and former AKP member and co-founder Ali Babacan’s Democracy and Progress Party (DEVA), 87.6 percent and 87.5 percent, respectively.

This rate was 79.2 percent and 78.9 percent among supporters of the CHP and the pro-Kurdish Peoples’ Democratic Party (HDP), respectively.

“Three-fourths of voters support the use of semi-permanent ink to mark fingers of voters to prevent repeat voting in elections,” Özer Sencar, MetroPoll’s founder, tweeted.

Babacan hinted in November 2021 that the AKP had engaged in fraud in past elections.

He talked about how to hold fair elections during a program on FOX TV, saying he had witnessed election fraud in Turkey in the past.

His remarks were considered by many to be an admission that the ruling AKP had resorted to fraud in previous elections.

Turkey’s ruling AKP, which has been in power since 2002, has been accused of rigging the elections since a narrowly backed referendum in 2017 on constitutional amendments that would allow the country to switch from a parliamentary system to an executive presidency.