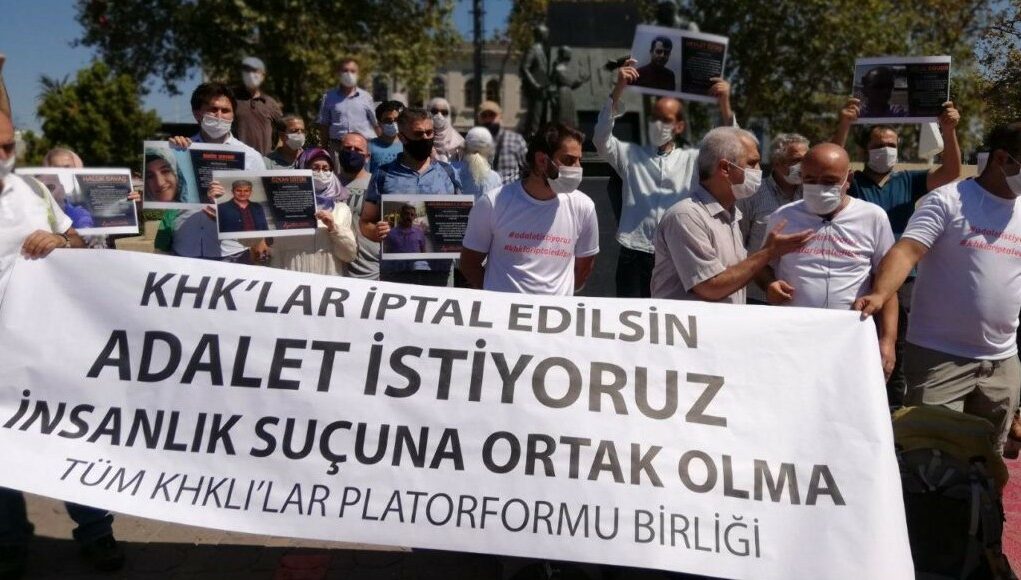 A joint report by two NGOs based in Europe has revealed that victims of a massive purge of state institutions by the Turkish government in the aftermath of a failed coup on July 15, 2016 as well as their family members face discrimination and alienation in all areas and still feel the direct and indirect consequences of the purge on their lives.

The Arrested Lawyers Initiative, an advocacy group in Brussels defending lawyers’ rights, and the Human Rights Defenders (HRD), an NGO founded by Turkish lawyers, businesspeople and former bureaucrats in Cologne who are political asylum seekers in Europe, have jointly released a report titled “Turkey: No Country for the Purge Victims.”

The report said, based on official statements, that Turkey’s Justice and Development Party (AKP) government enacted 32 decrees between 2016 and 2018 during a state of emergency declared after the abortive putsch, dismissing 125,678 people from the civil service.

Former public servants were not only fired from their jobs, according to the report, but also prohibited from working again in the public sector and getting a passport, with the AKP government also making it difficult for them to work formally in the private sector.

The report lists at least 30 types of discriminatory practices affecting the sacked officials’ ability to work and earn a living.

The report said the purged civil servants in Turkey and their next of kin are being discriminated against and blacklisted from public programs and from applying for new jobs.

It added that purge victims can’t be foster parents, mayors, aldermen or mukhtars (a local elected administrator for villages), lawyers or accountants and that they can’t work as architects, engineers, laboratory technicians or as building inspection company personnel.

According to the report purged civil servants can’t attend vocational courses or work in private educational institutions. They also can’t work as seamen, as on-site (workplace) doctors or as occupational safety specialists.

It was also widely reported that purge victims are denied the licenses needed to run businesses, the report said, adding that those included on the list of suspicious people, which consists of those dismissed under emergency decrees, of the General Directorate of the Land Registry (TAKBIS) can’t participate in real estate transactions, either as a party (vendee or vendor) or as a witness.

“Those dismissed under emergency decrees, and their spouses and children, cannot benefit from the General Health Insurance for people with a low income and from the social rights that are offered to disabled people,” the report also noted.

Purged public servants can’t open bank accounts and are discriminated against in financial transactions and procedures, in regard to insurance services, in relation to business development and incentive credits and COVID-19 economic relief, and in taxation, according to the report.

They also can’t take exams for associate professorships and can’t receive science scholarships, according to the report.

“The implications of the purging of public sector workers, human rights defenders and others in Turkey are profound, for the full range of economic, social, civil and political rights of those directly affected and their families, for democracy and rule of law,” Helen Duffy, professor of International Human Rights & Humanitarian Law at Leiden University in Holland, is quoted as saying in the announcement of the report.

According to Kerem Altıparmak, a professor of law, although state of emergency decrees are not, as far as domestic law is concerned, the same as convictions handed down in criminal proceedings, they have even more serious implications than having been convicted and serving a prison sentence.

“This shows that having been purged by a state of emergency decree has, in terms of the nature of crime and its condemnability, very similar implications to that of being punished through criminal proceedings,” he said.

Altıparmak noted that since the enactment of the first state of emergency decree, he has been arguing that ad hominem listing of people in state of emergency laws is punishment in the sense of Article 6 of the European Convention on Human Rights.

“I am of the opinion that no one may be punished as such without having a fair trial first,” he said.