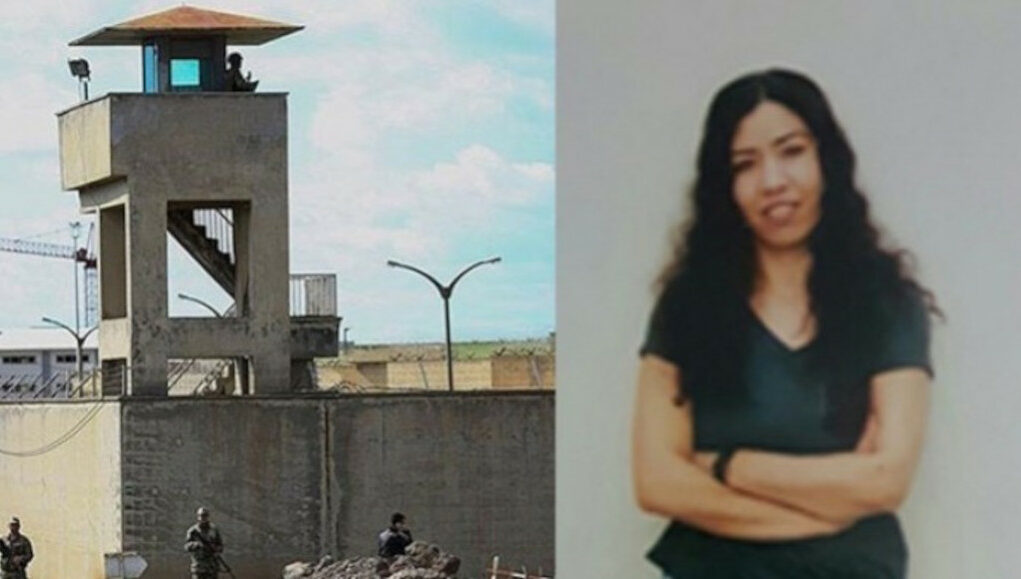 A total of 15 female prisoners in Kocaeli Kandıra F-Type Prison were subjected to disciplinary action for chanting Kurdish slogans and the name of Garibe Gezer, a Kurdish inmate who was found dead in her prison cell on December 9, 2021, the Stockholm Center for Freedom reported, citing the Duvar news website.

Among those who were subjected to disciplinary action were Peoples’ Democratic Party (HDP) former co-chair Figen Yüksekdağ and former HDP deputies Edibe Şahin and Gülser Yıldırım. The prisoners wanted to protest the negligence of the prison administration that led to the death of Gezer.

Before her death, Gezer alleged that she was beaten and sexually harassed by prison guards in the same Kocaeli prison.

Gezer had told her sister that she was put in a padded cell where she was stripped in front of male guards, beaten, sexually harassed and left without medical treatment. The cell had no proper toilet and she was made to use a hole in the ground. She said the cell smelled of human excrement.

When she could no longer endure the mistreatment Gezer tried to kill herself by hanging herself with bed sheets. The attempt failed, however, and she fell and hit her head. Although the guards could see the entire process with the help of camera surveillance, nobody came to her aid, and Gezer was left with a head wound for several hours.

Gezer’s lawyer, Jiyan Tosun, said despite attempting suicide before, the prison administration had not taken any precautions, despite her requests to the prosecutor’s office. “We told them she shouldn’t be staying alone, but our requests were turned down,” Tosun said.

Tosun added that even if Gezer really did take her own life, the prison administration was responsible for her death since they failed to take the necessary measures to protect her.

According to the prison administration the female inmates collective chanting of Gezer’s name and Kurdish slogans implied that they were “acting as an [illegal] organization” and therefore should be punished to the maximum extent permitted by law.

Communication privileges were taken from 14 of the women for a month. Former HDP deputy Aysel Tuğluk was not punished as she is currently showing symptoms of dementia.

Authorities have increasingly restricted the use of Kurdish in recent years, and prisons have been no exception.

According to a recent report by the Association of Lawyers for Freedom (ÖHD) some prisons will not even deliver letters that contain Kurdish words or phrases. Prisoners were told if they received letters with Kurdish words, they would have to pay for a translation so the warden could monitor the content of the letters. Prices were set as high as $50 per page.

Destina Yıldız from the ÖHD said this was an unusual practice clearly aimed at discouraging the use of Kurdish. “Normally prisons should have somebody for translations if they want to translate letters. It is up to the prison to make the arrangements,” she said.