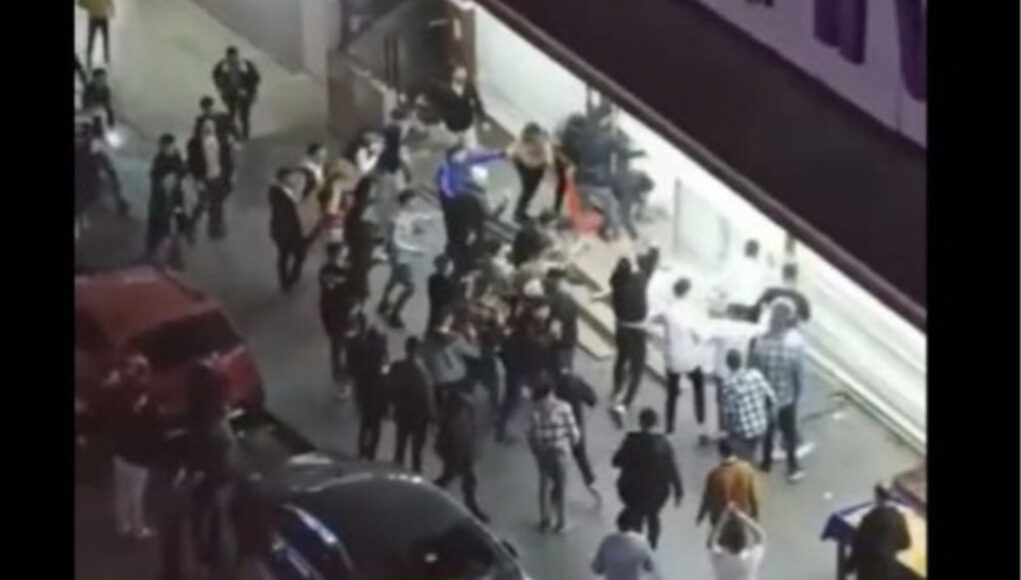 Turkish social media users expressed outrage over a mob attacking the properties of Syrian refugees in İstanbul’s Esenyurt district in Sunday evening with the hashtag “We stand with refugees in solidarity against fascism” (FaşizmeKarşıGöçmenlerleyiz), the Stockholm Center for Freedom reported.

Images shared on social media show the mob throwing rocks at stores and entering through broken windows, shouting, “This is Turkey.”

Freelance journalist Maaz İbrahimoğlu said on Twitter that the incident occurred after a Turkish man asked for a cigarette from a Syrian who said he didn’t smoke. Enraged, the Turk chased the Syrian into a store. The Turk then rallied a group of his friends, who started attacking stores.

“I talked to some Syrians in the neighborhood who said they were very afraid and were considering not working tomorrow,” İbrahimoğlu said.

The İstanbul Governor’s Office issued a statement on Monday saying a group of nearly 40 people had attacked the properties of Syrians following a dispute between two men. After a police investigation seven people, including four minors, had been detained and the police were looking for the rest of the perpetrators.

This is not the first time a “cigarette dispute” has broken out in Esenyurt. Two Syrians were stopped in the street by a Turk for cigarettes on June 28, 2019. When they said they didn’t have any, the Turkish man shot at them three times and fled the scene. The two Syrians were injured as a result and hospitalized.