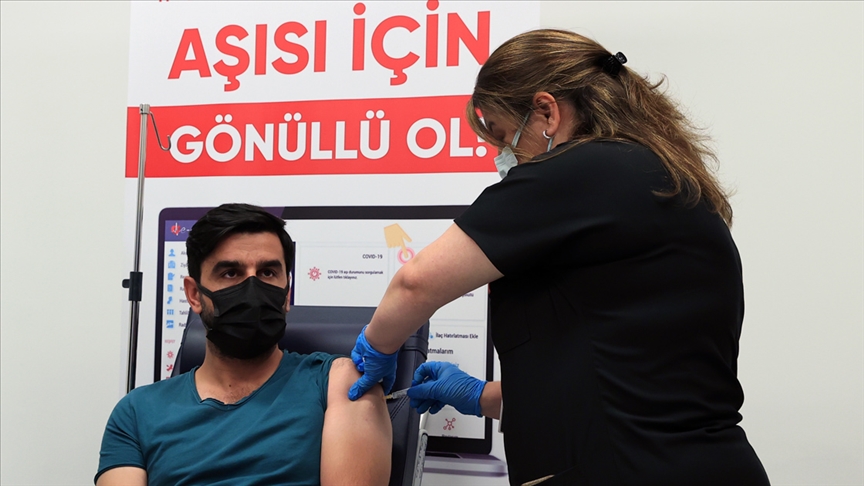 Turkish Medical Association (TTB) Secretary-General Vedat Bulut has said Turkovac, Turkey’s domestically developed COVID-19 vaccine, cannot be called a vaccine yet but rather a chemical solution alleged by Turkish authorities to be one, the ANKA news agency reported on Wednesday.

Bulut on Wednesday told ANKA that Phase 1, Phase 2 and Phase 3 trials hadn’t been conducted for Turkovac, which was developed by the Vaccine Research and Development Center and the Good Clinical Practice and Research Center of Erciyes University with support from the Health Institutes of Turkey and that it received emergency use authorization from Turkish authorities in December.

Bulut brought to mind Erciyes University Rector Mustafa Çalış’s remarks that as a result of studies conducted at the university on genetically modified mice, Turkovac was found to be 100 percent effective against the delta variant, just as it was against alpha.

“This statement doesn’t reflect the truth. … It can’t be accepted as scientific data. … No Phase 1, Phase 2 or Phase 3 trials were conducted for this vaccine. What we mean by those trials is that the studies should’ve been conducted on healthy volunteers, but that wasn’t done. What was released as [the results of the] Phase 1 trials [for Turkovac] is [based on] a preclinical study involving animal experimentation,” Bulut said.

He added that the TTB asked Turkey’s Health Ministry under what conditions the vaccine was given emergency use authorization without reliable scientific data but hadn’t yet received a reply.

“The Ministry of Health needs to be as transparent as possible about this, and the [data on the vaccine] studies should be quickly published in scientific journals so our expert organizations … can review these documents and provide information about Turkovac. … We’re not so concerned about the side effects of this vaccine, but we have no data on its protection,” Bulut said.

Bulut also said that only the results of Turkovac’s Phase 1 trials are available on the World Health Organization (WHO) website, which was a preclinical study including no results on human volunteers.

Daily coronavirus cases in Turkey reached their highest level since April this week, surging to 54,724 on Tuesday, but the number is still significantly below figures reported in parts of Europe.

Turkey has said it was not considering new restrictions for the moment, instead urging citizens to ramp up personal measures and get vaccinated. Ankara launched a nationwide rollout of Turkovac on Dec. 30.