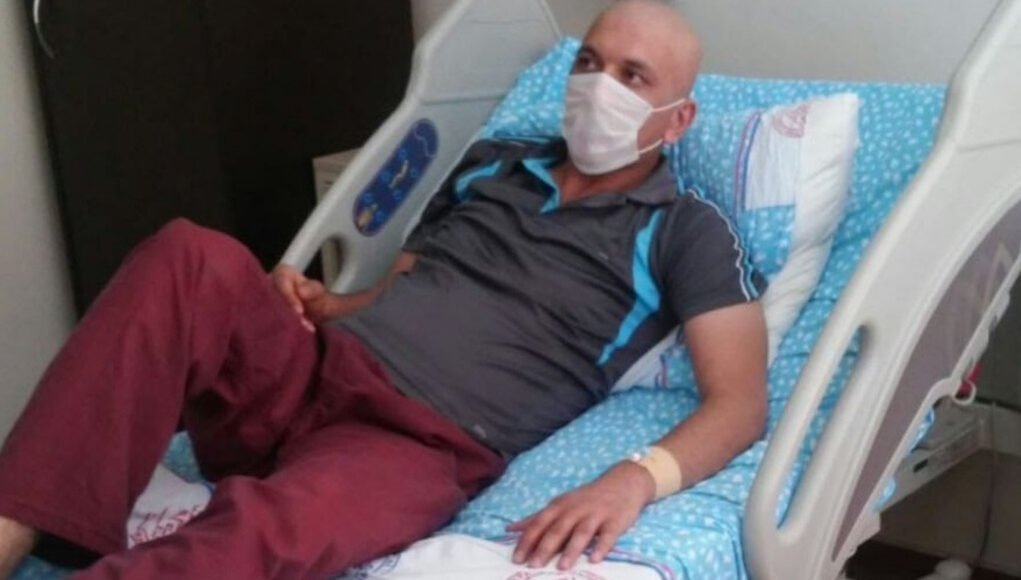 The family of Yusuf Özmen, a stage 4 cancer patient who remains in prison despite a hospital report saying he is almost totally disabled, has called on authorities to release him before it’s too late, the Stockholm Center for Freedom reported on Tuesday, citing the Bold Medya news website.

Özmen’s wife, Aynur Özmen, shared her husband’s most recent hospital reports which indicated that a tumor in one of his lungs had grown. “Hospital reports say my husband’s incarceration should be postponed,” she said. “What are authorities waiting for? He is being condemned to death.”

A medical report signed by 40 doctors said Özmen was not fit to stay in prison. However, Turkey’s Council of Forensic Medicine (ATK) issued another health report in April saying he could remain incarcerated. The report added that the institute should be consulted if Özmen’s health continued to deteriorate.

Özmen was hospitalized in August when his heart rate increased to 200 bpm, after which he was placed in a quarantine cell by himself.

Özmen was arrested for alleged links to the Gülen movement. He was accused of using the ByLock smartphone application and sentenced to eight years, nine months in prison. The sentence was upheld by the Supreme Court of Appeals, and he is currently in a prison in eastern Erzurum province.

Turkey has considered ByLock, once widely available online, a secret tool of communication among supporters of the faith-based Gülen movement since a coup attempt in July 2016 despite the lack of any evidence that ByLock messages were related to the abortive putsch, leading to the arrest of thousands who were using it.

Turkish President Recep Tayyip Erdoğan has been targeting followers of the Gülen movement, inspired by Islamic preacher Fethullah Gülen, since the corruption investigations of Dec. 17-25, 2013, which implicated then-prime minister Erdoğan, his family members and his inner circle.