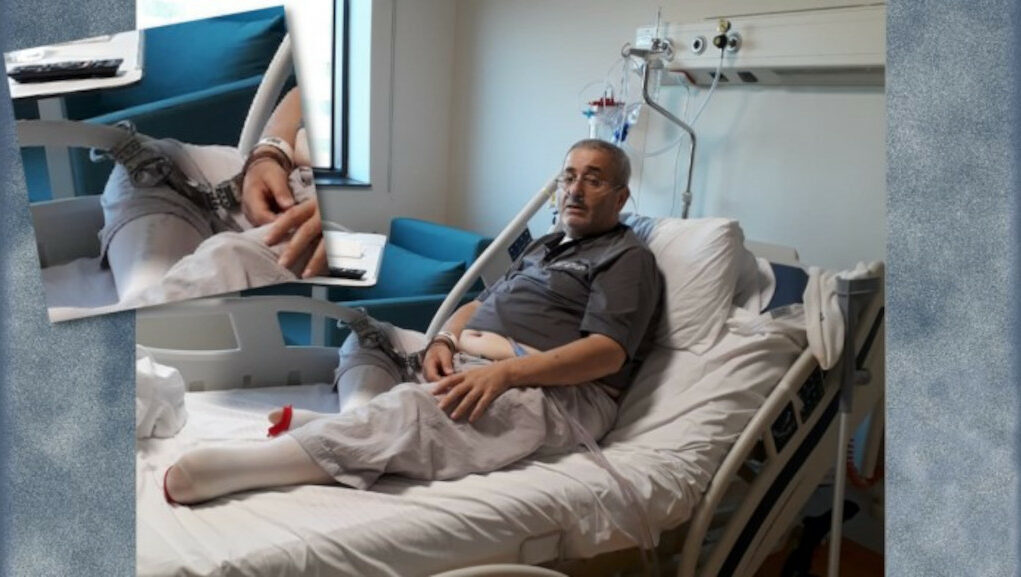 An almost totally disabled man, imprisoned for allegedly aiding and abetting his daughter who was wanted for links to the Gülen movement, was handcuffed to his hospital bed after heart surgery in November, the Stockholm Center for Freedom reported on Friday.

According to a news article by journalist Ahmet Dönmez, 61-year-old Ali Aydeniz was in the intensive care unit of a hospital in Istanbul for days in handcuffs. Aydeniz suffers from diabetes, and one of his legs was amputated due to complications related to the disease. He is unable walk without crutches or the help of another person.

Aydeniz was detained after his daughter, identified as M.A.Ç., was found by the police in her father’s car. She was a doctor and had worked at Fatih University, a now-closed university affiliated with the movement.

Dismissing the investigations as a Gülenist coup and conspiracy, the AKP government designated the movement as a terrorist organization and began to target its members. Government intensified the crackdown following a coup attempt on July 15, 2016 that they accused Gülen of masterminding. Gülen and the movement strongly deny involvement in the abortive putsch or any terrorist activity.

M.A.Ç. was accused of membership in an armed terrorist organization and was arrested on March 13, 2018. She was pregnant at the time of her arrest and was released six months later. M.A.Ç. was sentenced to six years, three months in prison, and her case is pending at the Supreme Court of Appeals.

Aydeniz was detained on March 4, 2018 and released a few days later. He was sentenced to three years, one month in prison in July 2019. A year later the sentence was upheld by the Supreme Court of Appeals despite Turkish Penal Code Articles 283 and 284 saying that a parent cannot be charged with aiding and abetting their child.

According to the law, a parent cannot be penalized for aiding a child who is accused of a crime or for refusing to provide evidence against them.

Aydeniz was sent to Metris Prison on August 11, 2021 after a state hospital issued a report saying he was only minimally disabled and was fit to be in prison. However, Aydeniz has been hospitalized 11 times since his imprisonment.

Aydeniz’s family is urging authorities to release him before his health becomes even worse.

Human rights activists and opposition politicians have frequently criticized authorities for not releasing critically ill prisoners so they can seek proper treatment. Human rights defender and Peoples’ Democratic Party (HDP) deputy Ömer Faruk Gergerlioğlu said ill prisoners were not released until they were at the point of no return.