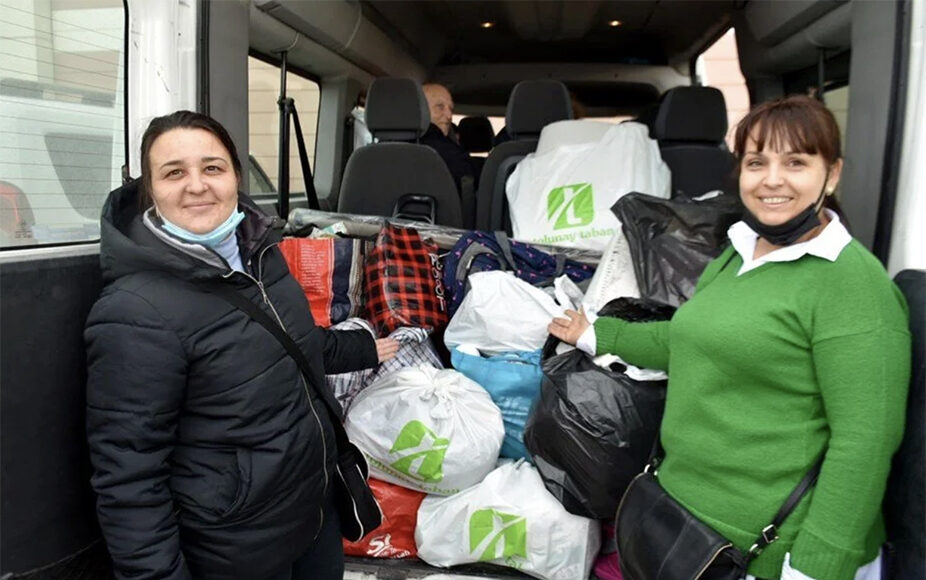 The sea of Bulgarian buses parked outside a market in Turkey’s historic city of Edirne betrays the scale of the currency crisis impeding President Recep Tayyip Erdoğan’s path to a third decade of rule.

The mosque-filled city on Turkey’s western edge was an early capital of the Ottoman Empire when it was expanding across the Middle East and Europe in the 14th and 15th centuries.

It is now the place where shoppers from Bulgaria and the Balkans — themselves some of Europe’s poorest countries — go to stock up on everything from underwear to walnuts at a fraction of their cost back home.

“For us, the crisis is good, but it is very bad for the Turkish people,” said tour guide Daniela Mircheva before boarding a bus back to her Bulgarian hometown of Yambol.

Turkey’s beleaguered lira has crashed under the weight of an unusual economic experiment Erdoğan is conducting in a bid to boost support before elections due by mid-2023.

Erdoğan has pushed the central bank to slash interest rates in fervently-held belief that this will finally cure Turkey’s chronic inflation problem.

It has — as economists had universally predicted — done the exact opposite.

Consumer prices are climbing at an annual rate of more than 20 percent.

Some economists think this pace could accelerate in the coming months.

The lira has shed a third of its value since the start of November alone.

It was beginning to lose five percent a day until Erdoğan announced new currency support measures Monday that managed to suspend the slide.

This means Mircheva can afford to pile a few extra jugs of sunflower oil on her bus packed with Bulgarian shoppers.

“It is half the price it is in Bulgaria. It is much cheaper for us, much cheaper,” she said.

But the mood among the market’s Turkish traders is grim.

“It is humiliating,” said Gülşen Kaya from behind her counter filled with sweaters and winter clothes. “Look at what he has done to Turkey!”

Erdoğan is betting that a cheap lira will create exports-driven growth that puts Turkey on a path followed by China during an economic transformation that pulled millions out of poverty and created a new middle class.

He championed the poor when bringing his Islamic-rooted party to power against all odds in 2002.

Erdoğan then surprised many by opening Turkey up to foreign investment and marshalling nearly a decade of vigorous growth.

Economists and diplomats — as well as some Bulgarians — struggle to understand why Erdoğan has decided to reverse course so dramatically in the past few years.

“I think that the people who rule Turkey, if they do the things that I think they should do, then the lira will come back to the levels it was in the summer very, very quickly,” Bulgarian shopper Tinko Garev said.

“I am very unhappy for the Turkish people because I realize what these cheaper prices mean for them.”

One senior Western official said the drop in Erdoğan’s approval ratings in most polls to as low as 30 percent had put the veteran Turkish leader “in political survival mode.”

“You can choose not to believe (individual polls) but the trajectory is clear,” the official, who spoke on condition of anonymity, said. “He is down to the very bottom of his base of support.”

‘We are in shock’

Bülent Reisoğlu has been running the Edirne market since it opened after moving from its original location in İstanbul 15 years ago.

He said the number of weekly shoppers filling his hangar-like trading center has ballooned from 50,000 to nearly 150,000 since the full effects of the crisis set in.

“The number of foreign shoppers has gone up four- or five-fold,” he said.

Yet the merchants are making less money because the extra sales are more than offset by the depth of the lira’s collapse.

“All the raw materials come from abroad, from Europe, China and Italy,” he said. “The price of these products has doubled since last year.”

“We are in shock,” the market manager said. “No one expected this big of a devaluation.”

The Bulgarian shoppers also seemed to have mixed feelings about getting such great deals.

“Local people cannot buy all these things,” said Ilyana Todorova while shopping for clothes with her teenage daughter. “For ordinary people, it is no good.”