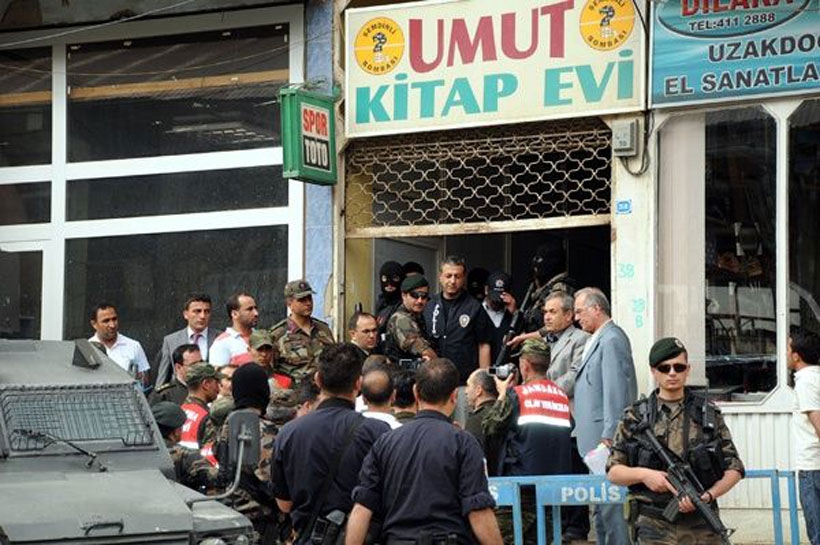 A Turkish court has acquitted two noncommissioned officers and an informant for the outlawed Kurdistan Workers’ Party (PKK) who were convicted of forming a criminal organization and murder due to a 2005 bombing at a bookstore in southeastern Turkey, the Gazete Duvar news website reported on Monday.

The bombing targeted the Umut Bookstore in the Şemdinli district of Hakkari on Nov. 9, 2005. The explosion killed one person and injured five. The identity cards of the suspects, noncommissioned officers Özcan İldeniz and Ali Kaya and informant Veysel Ateş, three Kalashnikov rifles, explosive materials and parts of military and police uniforms were found in a car near the bookstore. A map with the bookstore marked with a red X was also found in the car.

The incident was seen by many as yet another example of the violence perpetrated by state officials against the country’s Kurds. The land forces commander of the time, Gen. Yaşar Büyükanıt, defended the noncommissioned officers, saying, “I know them, they are good boys,” although they were seen by many as having been caught red-handed.

The owner of the bookstore, Seferi Yılmaz, was a former PKK member who had done time in prison. The PKK is listed as a terrorist organization by Turkey, the EU and the US.

The noncommissioned officers as well as the PKK informant, Ateş, who stood trial in connection with the attack, were given 39 years, five months in prison each on charges of murder, forming a criminal organization and premeditated murder, which were later overturned by higher courts.

The suspects, in a retrial at the Van 1st High Criminal Court, were acquitted of all charges at Monday’s hearing, which was attended by lawmakers from the main opposition Republican People’s Party (CHP) and the pro-Kurdish Peoples’ Democratic Party (HDP) and rights activists while the suspects, who were released from prison in 2017, were absent. The prosecutor demanded their acquittal due to a lack of sufficient evidence.

Rights activists were outraged by the court’s decision. Eren Keskin, a prominent lawyer and human rights activist, tweeted following the court’s ruling, “In a way the court decided that the ‘contra-guerrillas’ [shadowy groups that are suspected of responsibility for death-squad style killings of suspected PKK members] were ‘good boys’.”

The Hakkari branch of Turkey’s Human Rights Association said the court’s ruling was yet another example of the state influence on the judiciary to maintain its policy of impunity.

Turkey’s predominantly Kurdish Southeast was the scene of many enforced disappearances and extrajudicial killings in the 1990s at the hands of Gendarmerie Intelligence and Counterterrorism (JİTEM), a clandestine military organization.

The activities of JİTEM had first been acknowledged officially by former prime ministers Bülent Ecevit and Mesut Yılmaz following the Susurluk incident, a fatal car crash that exposed links between state officials and organized crime bosses.