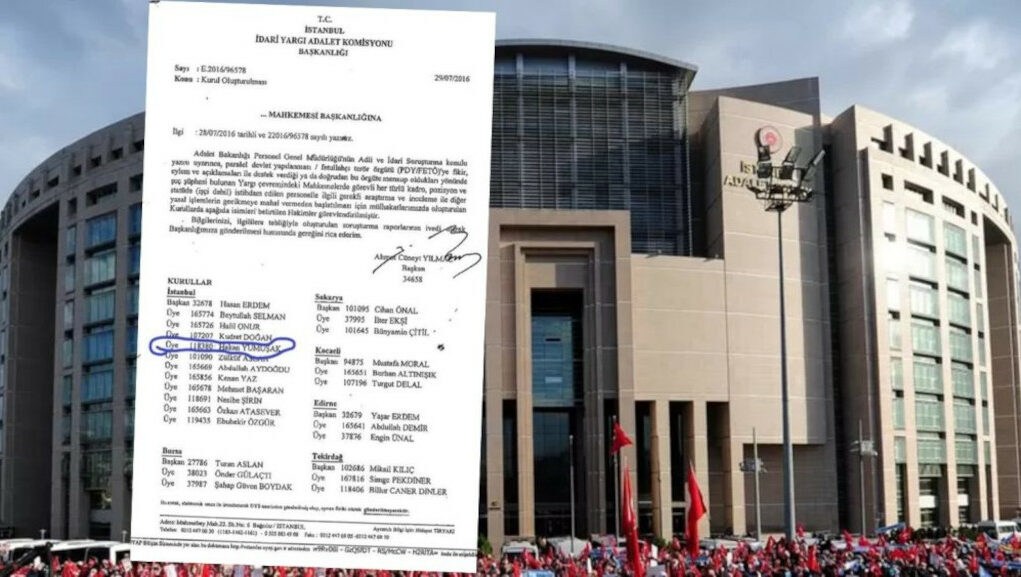 An official document shared on Twitter by a former prosecutor showed how the Turkish Justice Ministry formed committees to identify employees with links to the faith-based Gülen movement in the aftermath of a coup attempt in July 2016, the Stockholm Center for Freedom reported.

According to the document, which was signed by the chairman of the Justice Commission for Administrative Courts, upon the instructions of the Justice Ministry a committee was formed in every city to conduct investigations into all ministry employees who were suspected of any links to the Gülen movement.

In the aftermath of the coup attempt on July 15, 2016, the Turkish government declared a state of emergency and carried out a massive purge of state institutions under the pretext of an anti-coup fight. More than 130,000 public servants, including 4,156 judges and prosecutors, as well as 29,444 members of the armed forces were summarily removed from their jobs for alleged membership in or relationships with “terrorist organizations” by emergency decree-laws subject to neither judicial nor parliamentary scrutiny.

The individuals whose names appeared on lists prepared by the ministries and other public institutions were relieved of their duties.