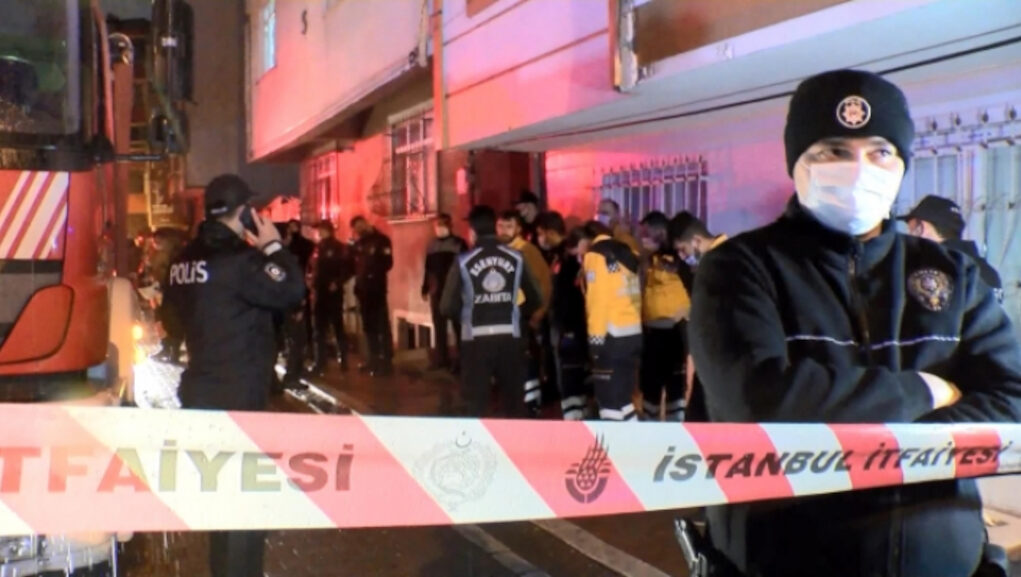 Four Syrian children, the youngest of whom was 1 year old, were killed Monday night in İstanbul in a fire that broke out in their home, the Stockholm Center for Freedom reported, citing Turkish media.

The children lived with their mother, Fatma Hamud, and one other sibling in the basement of a three-story building. The mother and other child managed to escape. While the cause of the fire has not yet been determined, it was reported that the mother was in critical condition.

Neighbors said the family had been unable to pay their gas bills and therefore used an electrical space heater, which could have caused the fire.

Poor living conditions have had detrimental effects on the well-being of refugees. In some cases tents or container homes have been the scene of accidents such as fires. A Syrian couple living in a container lost their 6-month-old baby in a fire in October 2020.

Another Syrian family was trapped after a derelict building in which they sought refuge collapsed on January 19. The 60-year-old mother died and the children were rescued but were in critical condition.

An estimated 3.6 million refugees have been granted temporary protection in Turkey. The majority of them live outside camps, in precarious and challenging circumstances. The Turkish Red Crescent conducted a survey in 2018 which showed that most Syrian refugees were employed in irregular jobs that came with low wages as well as poor working conditions and exploitation.

According to a Brookings Institution report, more than 64 percent of Syrian households live close to or below the poverty line.