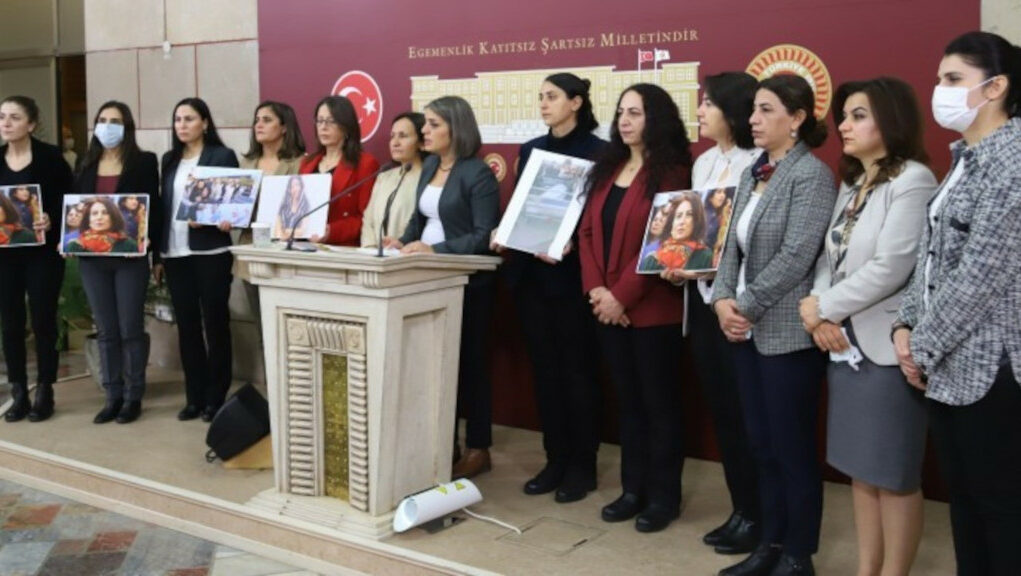 Female deputies from the Peoples’ Democratic Party (HDP) at a Saturday press conference in parliament criticized the Turkish government turning a blind eye to torture and mistreatment in prisons, the Stockholm Center for Freedom reported, citing the Duvar news website

After the death of Garibe Gezer, a female inmate who was found dead in her cell on Thursday, HDP members called on the authorities to put an end to torture in prisons.

Authorities in Kocaeli’s Kandıra Prison said Gezer had died by suicide, but the announcement was met with skepticism as she had previously claimed she was beaten and sexually harassed by prison guards.

Gezer had told her sister that she was put in a padded cell where she was stripped in front of male guards, beaten, sexually harassed and left without medical treatment. The cell had no proper toilet and she was made to use a hole in the ground. She said the cell smelled of human excrement.

When she could no longer endure the mistreatment Gezer tried to kill herself by hanging herself with bed sheets. The attempt failed, however, and she fell and hit her head. Although the guards could see the entire process with the help of camera surveillance, nobody came to her aid, and Gezer was left with a head wound for several hours.

HDP deputies said they did not accept Gezer’s death as a suicide. “We have said rights violations are on the rise and that prisoners are facing inhumane treatment,” said Ayşe Acar Başaran from the HDP. “Garibe Gezer died under suspicious circumstances as a result of the government turning a blind eye to abuse in prisons.”

Başaran said they had submitted several parliamentary questions for Gezer’s torture claims to be investigated to no avail. Due to the alleged abuse and torture and Gezer’s solitary confinement in a padded cell, human rights activists have said her death was “suspicious.”

Lawyer Eren Keskin from the Human Rights Association (İHD) said the authorities did not allow lawyers to be present during the autopsy. “Lawyers are usually allowed to witness the autopsies,” she told the Mezopotamya News Agency (MA). “But now we are not allowed to, and we believe it is to cover up evidence against prison authorities.”

Keskin added that the law did not prevent lawyers from being present at autopsies. “We don’t know whether Garibe [Gezer] died by suicide or not, but what we do know is that prison conditions were enough to push her to suicide,” she said.

In October Keskin had filed a complaint against the prison guards who allegedly beat and sexually harassed Gezer.

Züleyha Gülüm, an HDP deputy, submitted a parliamentary question addressing the Justice Ministry concerning the mistreatment. She asked whether the ministry was aware of the physical and sexual abuse and if the guards had been investigated.

Gülüm also asked if the ministry was aware of the use of padded cells where inmates were subjected to torture.

Prison authorities had previously said padded cells were for inmates with psychological issues, so they would not harm themselves. Since the rooms were lined with foam, they blocked sound. Inmates have claimed that these rooms have been used for torture in recent years.