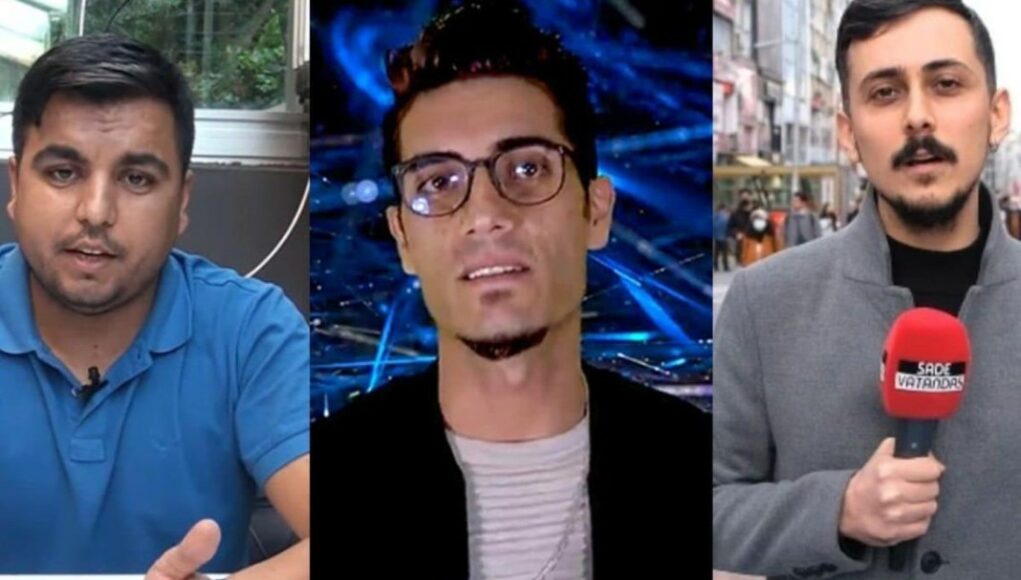 Hasan Köksoy, Arif Kocabıyık and Mehmet Koyuncu were detained, sparking outrage among opposition politicians, journalists and activists. While the reason for Kocabıyık and Koyuncu’s detention was not disclosed, Köksoy was taken into custody after a complaint was filed by Mücahit Birinci.  a member of the ruling Justice and Development Party’s 50-seat Central Decision and Executive Board (MKYK).

Köksoy’s wife announced the reason for his detention on Twitter.

Köksoy, who owns a YouTube channel called “Kendine Muhabir” (Correspondent to Himself), was arrested on December 1 and released five days later.  He was arrested due to an interview he broadcast where an unidentified man says the government has been using the people for years. “They filled their pockets, stomachs, houses, shoeboxes and planes, all the while talking about foreign powers, conspiracies of the United States,” he said “Enough of this. Damn those who stole the bread of this people. … We need a revolution. We need to rise up!”

Ömer Faruk Dağ, a member of the opposition İyi (Good) Party, criticized the detention of the three journalists on Twitter, saying all oppressive regimes are doomed to fail.

Oğuzhan Uğur, another YouTube journalist, said the government was trying to “silence the street” but that they were never going to be able to achieve this.

The Turkish government has been trying to keep the press under control by imprisoning journalists, eliminating media outlets, overseeing the purchase of media brands by pro-government conglomerates and using regulatory authorities to exert financial pressure.

Following the state-led takeover of the mainstream media, social media platforms as well as online news sites remain among the last bastions of critical journalism in Turkey. YouTube journalism has been particularly popular, with many young journalists conducting street interviews around the country asking people their opinions on timely topics.