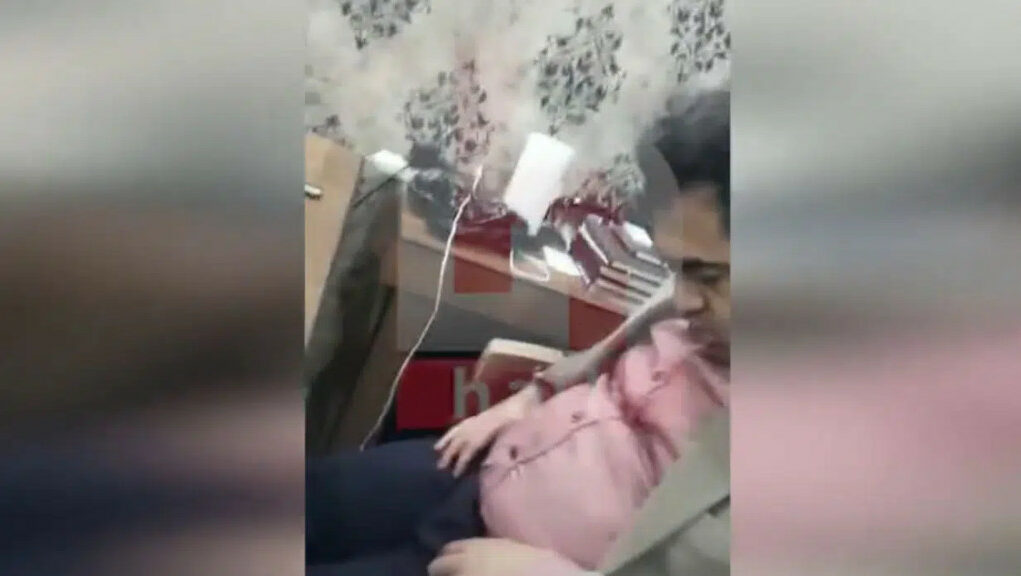 A ruling Justice and Development Party (AKP) politician has alleged a conspiracy against him, claiming he was knocked out and filmed as if he were using drugs in a video posted online that showed him sleeping in a chair surrounded by drug paraphernalia, the Gazete Duvar news website reported on Monday.

Kürşat Kılıç, head of a local AKP branch in Yozgat, had posted a statement on Facebook to announce his resignation prior to the release of the video.

“I have resigned from my job as head of a branch of the Justice and Development Party due to pressing business. My loyalty to our eternal leader Recep Tayyip Erdoğan and our party will never die,” Kılıç wrote on social media to announce his resignation on Dec. 9.

A video posted following his resignation featured him apparently knocked out with methamphetamine, scales and a meth pipe in a drawer next to him.

After the video went viral, Kılıç posted another message on social media defending himself, saying he was the target of a conspiracy.

Kılıç said no part of the video showed him using the drug and that every effort was made to give the impression that he was a drug user by providing the necessary paraphernalia.

Kılıç argued that in the video, he was sleeping not because of drug use but because he was knocked out by the people behind the conspiracy against him.

Turkish media outlets referred to the incident as the second “powdered sugar” case, reminding that Kürşat Ayvatoğlu, an employee at AKP headquarters, was detained in March after a video emerged showing him snorting cocaine in a luxury car. He admitted to having taken the drug despite telling the police it was powdered sugar.

Ayvatoğlu had occupied the Turkish national agenda for several days, sparking a debate about how people close to the AKP quickly get rich and how their crimes are ignored by judicial authorities.

Turkey has a strict drug policy under which illegal drug possession, including cannabis and marijuana, is considered a punishable offense. All drugs are illegal, and there is no legislation that allows the medical use of any non-pharmaceutical drug.