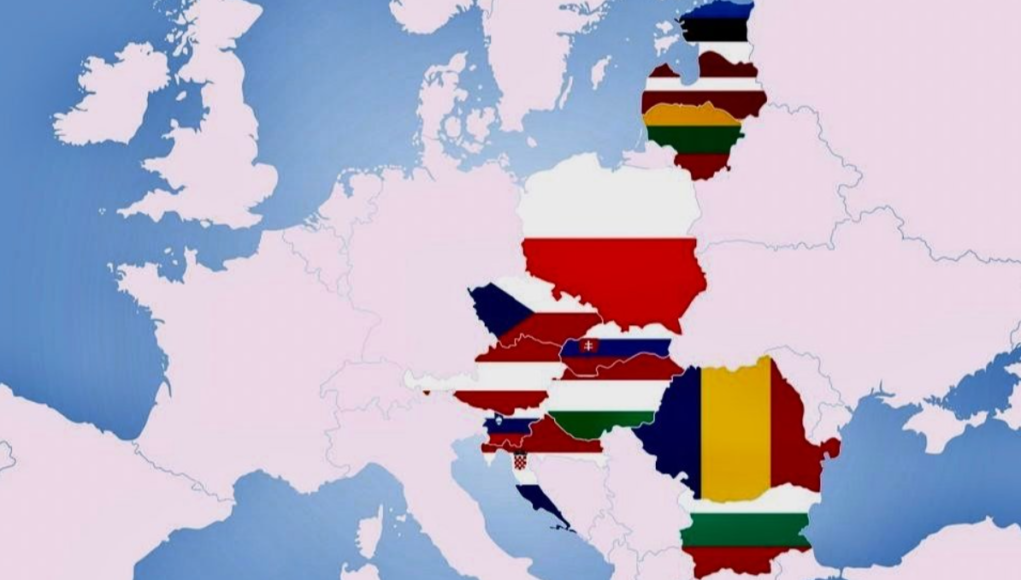 Turkey’s bilateral relations with the United States are strained. Russia’s influence and power in the Black Sea are growing by the day. That Russia will invade Ukraine is a widely held belief. China is making inroads into Eastern Europe and the Black Sea region. Turkey does not have a lot of options for intervening in developments that directly affect it. Turkey is becoming increasingly isolated because of its misguided foreign policy. It is critical to re-establish cooperation between Turkey and the United States during this period. There is an option for Turkey to mend relations with the US: becoming a partner in the Three Seas Initiative (3SI).

Could Turkey’s participation in 3SI pave the way for a turning point in Turkish-American relations?

3SI is a regional effort in Europe to expand cross-border energy, transportation and digital infrastructure along the north-south axis and boost economic development between the Adriatic Sea and Baltic and the Black seas. Twelve European Union members — Austria, Bulgaria, Croatia, Czech Republic, Estonia, Hungary, Latvia, Lithuania, Poland, Romania, Slovakia and Slovenia — participate in 3SI, which was launched in 2015 by the presidents of Croatia and Poland, with its first annual summit held in 2016. Since it was founded in 2015, the initiative has grown rapidly and is now a significant entity not only in Central and Eastern Europe but also throughout Europe and in the context of transatlantic relations.

The objectives of 3SI

3SI aims to contribute to the economic development of Central and Eastern Europe by supporting the development of energy, transportation (“north-south”) and digital infrastructure within Central and Eastern Europe broadly, and along a north-south axis specifically. The initiative will look to capitalize on the new liquified natural gas (LNG) terminals in Świnoujście, Poland, Klaipėda, Lithuania, and Krk, Croatia. Connecting these new sources of LNG south from Poland and Lithuania and north from Croatia could substantially lessen the need for Russian gas imports in the region. In addition to these LNG sources, the initiative will also look to support the connection of regional energy networks to the Trans Adriatic Pipeline between Greece and Italy and connect new Romanian Black Sea gas reserves to the region.

On digital and telecommunications interconnectivity, projects include platforms for enhanced digital trade, research collaboration and a plan for a “Three Seas Digital Highway” that will link the region through communications infrastructure, fiber optics and eventually 5G technology infrastructure.

A large number of priority projects are transport related. “Rail-2-Sea,” proposed by Romania, is a key project that will modernize and develop the rail line between Gdańsk and Constanta. Other projects include the Viking Train – a railway that would connect the Baltic Sea to the Black Sea, via Lithuania, Belarus and Ukraine, and the FAIR way Danube – a project that aims to improve infrastructure and navigation conditions for water traffic on the Danube River in Romania, Bulgaria, Croatia, Hungary and Slovakia.

The US and 3SI

The US attaches great importance to Central and Eastern Europe geopolitically. As a result, the US strategy is based on preventing projects such as the 5G network, led by China’s Huawei, and Nord Stream-2 from diminishing its influence in the region and jeopardizing its global/regional interests while simultaneously providing financial support to projects that beef up its military, economic and political influence in the region. As the United States looks to confront Russian and Chinese economic and geopolitical competition in Europe and across the world, 3SI offers an opportunity to strengthen the economies of US allies in Central and Eastern Europe and reduce their dependence on Moscow and Beijing’s economic overtures.

The United States is an external partner that has most effectively capitalized on the geopolitical opportunities afforded by 3SI. The flagship project of the 3SI North-South Gas Corridor will enable the sale of American LNG via terminals in Poland and Croatia to Central Europe, which are dependent on gas supplies from Russia. The US seeks to strengthen 3SI projects that may lead to restricted cooperation under the “17+1” initiative, which expands cooperation between Beijing and CEE countries via financial support for highway, rail and telecommunications networks and infrastructure projects as part of its global Belt and Road Initiative.

At the 2020 Tallinn conference, the United States, as an official observer state, committed to investing $1 billion in financing to 3SI Central and Eastern Europe countries over the next few years, after already investing more than $300 million in the initiative’s energy initiatives. Strong bipartisan support for the initiative in Washington is visible on both the congressional and executive levels. The House of Representatives passed a bipartisan resolution in November 2020. In February 2021 US Secretary of State Antony Blinken underlined the importance of the initiative and praised its contribution to the prosperity and stability of Europe as well as the project’s input in achieving shared goals in tackling the climate crisis.

The success of the 3SI initiative depends on the development of partnership and cooperation areas by Eastern and Central European countries with Central Asian, Eastern Mediterranean and Gulf countries. This can only be possible if Turkey, Greece, Ukraine, Azerbaijan and Georgia support the initiative. Greece attended the summit held in Sofia in June. One of the key projects of the initiative, the 718-kilometer-long “Via Carpatia” corridor, will connect the port of Klaipeda in Lithuania to the port of Thessaloniki in Greece via Poland, Slovakia, Hungary, Romania and Bulgaria. Thanks to this corridor, the US, which has conducted a military build-up in Alexandroupoli, will gain geostrategic superiority in Central and Eastern Europe.

Likewise, Turkey’s participation in this initiative will facilitate the transportation of Eastern Mediterranean natural gas and Azeri and Turkmen gas to the 3SI countries. The normalization of relations with the UAE will pave the way for the UAE-Iran-Turkey trade corridor to be joined with the Central and Eastern Europe commercial corridor. The future success of a one-belt-road project depends on effectiveness of China’s soft power in the Romania-Poland axis and the Istanbul and Çanakkale Straits. For this reason Turkey’s direct participation in 3SI is very important for the US, which is trying to curb the Belt and Road Initiative. If Turkey intends to seek a way to improve its relations with the United States in a short period of time, the first thing it should do is to make a declaration of intent to join 3SI. Foreign Minister Mevlüt Çavuşoğlu paid an official visit to Poland on Oct. 3 and said: “We appreciate 3SI. As Turkey, we can also make an important contribution. I told my friend [Foreign Minister] Zbigniew [Rau] that we want to attend the next summit as well.”

As a result, Turkey’s participation in the Three Seas Initiative could pave the way for a turning point in Turkish-American relations.