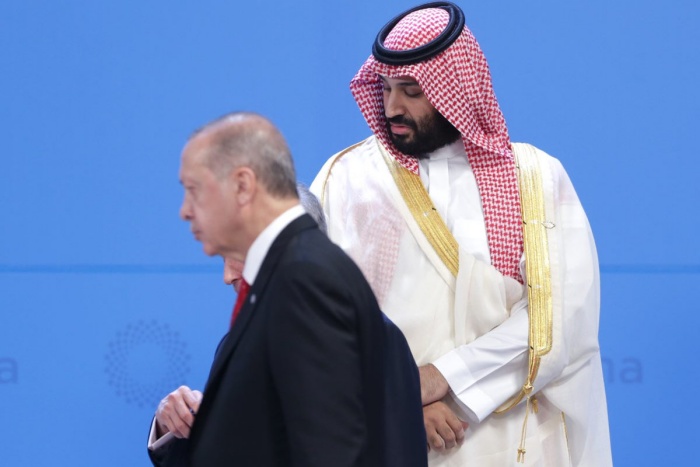 Turkish President Recep Tayyip Erdoğan has in the last few weeks made several statements regarding the restoration of ties with Saudi Arabia, Egypt and the United Arab Emirates (UAE) bloc. Turkey’s ruling Justice and Development Party (AKP) established strong ties with Qatar at the cost of disrupting relations with these stronger nations. However, Erdoğan began re-establishing political and business ties with the UAE following a visit by Abu Dhabi Crown Prince Sheikh Mohamed bin Zayed Al Nahyan, the UAE’s de facto ruler, to Ankara on Nov. 24. Erdoğan also announced plans to pay a return visit to the UAE in February to strengthen relations following two years of tension. But Turkey’s normalization with the Middle East’s two giants, Egypt and Saudi Arabia, doesn’t seem realistic in the short term.

One may argue that Turkey’s ultimate goal is to rebuild relations with the US government. Ankara’s relationship with Washington soured quickly when NATO member Turkey bought Russia’s S-400 advanced air defense system. To achieve this, Turkey is likely attempting to normalize relations with Saudi Arabia and Egypt first as these countries are the strongest allies of the US in the region. Israel’s Abraham Accords with Bahrain and the UAE, which was signed in September 2020, is another reason for Turkey to work toward strengthening its relationship with the UAE and other Arab countries. Israel and Morocco also signed a normalization agreement on Dec. 10 of last year, and Sudan signed the declaration on Jan. 6, 2021. Turkey simply doesn’t want to be left out of the new bloc in the region.

The Erdoğan regime has found itself increasingly politically isolated in the MENA region since Turkey has been actively involved in the wars in Syria, Iraq and Libya, while Turkey’s military bases in Qatar and Somalia have disturbed many Arab countries. Turkey and Libya’s UN-recognized Government of National Accord (GNA) signed a Maritime Boundary Treaty in November 2019 to establish an exclusive economic zone in the Mediterranean Sea. Soon after the agreement, Greece, Cyprus and Israel signed a deal to build a 1,900-kilometer subsea pipeline to carry natural gas from eastern Mediterranean fields to Europe. Turkey opposes this pipeline, arguing that the deal infringes on the rights of Turkey and Turkish Cypriots with regard to natural resources in the region. Cyprus, Egypt, France, Greece, Israel, Italy, Jordan and Palestine formed the East Mediterranean Gas Forum in September 2020, eventually establishing it as a regional organization, but Turkey and the Turkish Republic of Northern Cyprus (KKTC) have been excluded.

The plummeting of the Turkish lira forced the Turkish government to welcome Zayed Al Nahyan to Ankara after a long rift between the two countries. Al Nahyan’s visit and $10 billion investment announcement signaled relief and happiness on both sides as the UAE exists as the Middle East’s rich but not a big state and likely has no desire to have a tense relationship with the region’s military power, Turkey. On the other hand, Saudi Arabia and Egypt haven’t seemed as keen to engage with the Turkish government ever since Erdoğan accused the “highest levels” among Saudi government officials of journalist Jamal Khashoggi’s death inside the Saudi Consulate General in Istanbul on Oct. 2, 2018. Erdoğan also has in the past been very critical of Egyptian President Abdel Fattah el-Sisi, who toppled the country’s first democratically elected president, Mohamed Morsi, in a coup after only a year in office in 2013.

Erdoğan mentioned on Nov. 29 that Turkey is looking to improve its relationship with Israel and Egypt in the same way Ankara endeavors to do with the UAE. The statement regarding Israel followed a rare phone call between Erdoğan and his Israeli counterpart, Isaac Herzog, on Nov. 18. Erdoğan emphasized that continued dialogue between the two nations would be “mutually beneficial.” Ankara already strengthened its relationship with Tel Aviv after signing several agreements in March 2016 after six years of tension following the “Mavi Marmara” incident in which a ship carrying aid for Palestinians attempted to breach the Israeli blockade of Gaza and was attacked by Israeli commandos on May 31, 2010, who killed 10 activists — Turkish nationals and an American of Turkish origin on board. Despite the “Islamist” Erdoğan’s populist rhetoric against Israel, the Turkish government together with Erdoğan’s son, Ahmet Burak Erdoğan, the owner of MB Shipping, which owns a large number of freighters, have maintained business ties with Israel for more than 10 years. Turkey is Israel’s sixth-largest trading partner, and bilateral trade in 2018 reached $6.2 billion before dropping to $5.5 billion in 2019. Adiv Baruch, chairman of the Israel Export Institute, told The Media Line that “Turkey is a country whose diplomatic relationship with Israel is completely disconnected from its economic relationship …” This was according to a Jerusalem Post report last year based on figures from the Geneva-headquartered International Trade Centre, a joint United Nations and World Trade Organization agency.

Despite seasonal tension between the AKP and Israeli authorities, Turkey and Israel have maintained strong defense and economic ties over the decades. Israel, of course, has always preferred to engage with non-Arab NATO member Turkey, instead of being isolated in the Arab world. Furthermore, Tel Aviv needs Turkey’s support in preventing Iran from acquiring nuclear power. Israel, Qatar and the UAE are countries with small populations but strong economies and would benefit from strengthening their ties with Turkey. Turkey is a country that has young, skilled labor, vast agricultural land and advanced defense technology, which makes it a key ally for these countries. Saudi Arabia and Egypt, on the other hand, don’t have the same motivation to normalize their ties with Turkey, being countries that can rival Turkey in population size and military prowess. Egypt enjoys a leading role in the Arab League, and Saudi Arabia has controlled Islam’s holiest sites of Makkah and Madinah since the collapse of the Ottoman Empire in 1922. Ottoman sultans controlled these holy cities for centuries, holding the title of caliph and leaders of the Muslim world. Egypt and Saudi Arabia currently play the leading roles in the Arab world. Erdoğan’s desire to improve relations with Cairo and Riyadh is not based on an independent policy but is mainly the result of Israel and Qatar’s efforts to strengthen ties with other Arab countries with the help of Turkey.